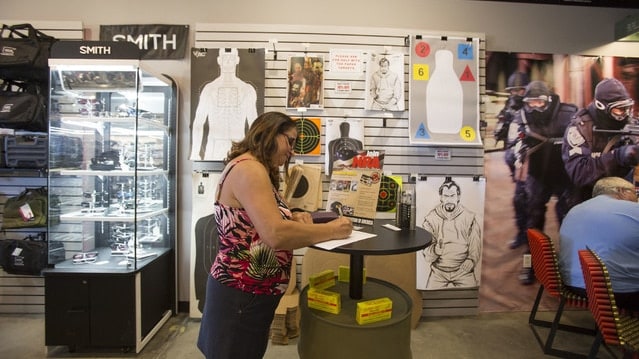 Two weeks after Nevada voters narrowly passed a ballot initiative expanding background checks to private sales and transfers, questions linger about how the new law should be followed come Jan. 1.

“We are having a lot of problems with it,” said Don Turner, president of the Nevada Firearms Coalition. “We have all these little hanging things out there that nobody seemed to care about.”

One of those “things” includes a stark difference in how dealers process background checks for private party transfers versus a regular sale.

Turner says dealers aren’t sure how to reconcile the conflicting requirements, so he sent a letter to state Attorney General Adam Laxalt requesting a meeting with his office, the Department of Public Safety-Central Repository, the Nevada Department of Taxation, Clark County Department of Taxation and the state representatives of the Bureau of Alcohol, Tax, Firearms and Explosives “as soon as possible.”

“They all have different rules that are in conflict with the initiative,” he said.

Monica Moazez, spokeswoman for the attorney general’s office, said Tuesday any guidance on how to interpret the new law would be provided in the form of an official opinion posted to the office’s website, but declined to comment specifically on the questions raised by the coalition.

There’s also no guidance on what to charge for private party checks, beyond the “reasonable fee” language used in the law. Turner says the current $25 fee for the state check generates between $2 million and $3 million a year.

Some of the 250 licensed dealers in the Las Vegas Valley have considered charging as much as $100, Bob Irwin, a local gun store owner, told the Las Vegas Review-Journal on Sunday.

While the coalition awaits a response from the attorney general, Turner says a legal challenge against the law remains unlikely, for now.

“The only thing now we can hope for is maybe a court order to tell the state not to implement the law until these issues are ironed out,” he said. “Our coffers are drained and there’s really no money to fight a legal challenge. And it’s a problem because Bloomberg knows his money outweighs grassroots efforts in the states.”

Bloomberg and his gun control group, Everytown for Gun Safety, spent $19 million alone pushing the background check law throughout the election cycle, outspending the National Rifle Association nearly 5-to-1. Turner says the money scraped together by the coalition pales in comparison to the NRA’s $4.5 million donation.

Still, despite mega-spending from national donors, the ballot measure, Question 1, passed on Nov. 8 by a margin of just 9,901 votes — far closer than 54-38 percent split predicted by state polls.

Turner says the close vote still surprises him, especially considering how Democratic candidates up and down the ballot secured victory with much wider margins.

“I think what happened is a lot of the union members are gun owners,” he said of the measure’s near-loss. “That’s wild speculation, but that would account for the difference.”