Officer shot, fights for his life as police arrest suspect in Detroit 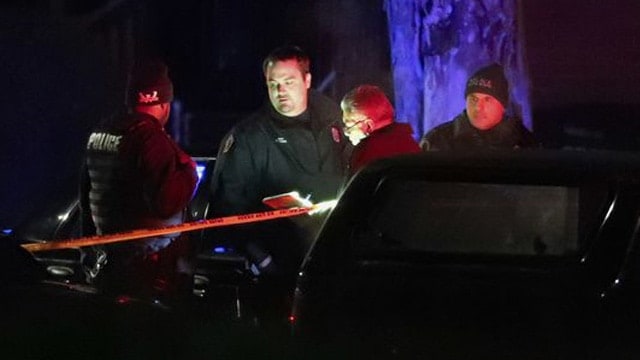 Authorities say they’ve arrested a man in connection with the shooting of a Wayne State University campus police officer Tuesday.

Police and witnesses said 29-year-old Collin Rose was trying to get a man to put his hands behind his back and apprehend him around 6:30 p.m. Tuesday. That’s when the man fired three shots, hitting Rose in the head at least once. He had surgery Tuesday night and is fighting for his life.

A half-dozen police agencies launched a manhunt and eventually a suspect was arrested. Police say they believe he’s the person of interest they were looking for, linking him to a blue mountain bike he was allegedly riding when Rose stopped him.

Rose was a few blocks off of the Wayne State campus when he stopped to investigate the man. Someone had called 911 to report a “troublesome man on a bike,” according to the Detroit Free Press.

“It was boom, boom, boom,” said Jacob Bolton, who lives close by. “I heard some gunshots and I heard somebody hollering. But at first I thought I was dreaming.”

“He does a lot of community service. He reaches out to kids. This is a real member of the community,” said Holt.

Wayne State University President M. Roy Wilson said Rose was out of surgery Tuesday night, but he’s “not totally out of the woods.”

More than 27,000 students attend Wayne State University, which is located in the heart of Detroit.

The shooting comes two days after officers were shot in St. Louis and San Antonio.