Ohio man gets 20 years for terror plot against military, police 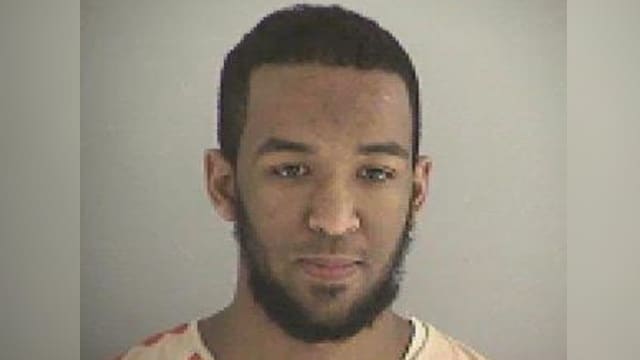 An Ohio man was sentenced to 20 years in prison Wednesday for plotting to kill a military employee and police officers in the name of ISIL.

Munir Abdulkader, 22, of West Chester, Ohio planned to kidnap and murder a military employee, and film it for ISIL propaganda videos, according to the Department of Justice. Then he planned to attack a police station in Cincinnati with molotov cocktails and guns. Using social media, he made contact with an ISIL terrorist in Syria, and the man encouraged Abdulkader to carry out the attacks.

According to documents submitted at his plea hearing, Abdulkader began expressing his support for the terrorist organization in July 2014 on Twitter. Around the same time, he made plans to go to Syria to become an ISIL fighter, securing a passport and saving money for such a trip.

But then he started to express concerns about his ability to travel. That’s when the terrorist he was talking to encouraged him to carry out the attack in Cincinnati. Abdulkader didn’t know it at the time, but he was also communicating with a federal informant.

Abdulkader did his research. He staked out the police station and learned how to operate certain firearms. He also bought an AK-47 that he planned to use in the attack, but that’s where law enforcement stepped in.

Abdulkader was arrested in May 2015 after he bought the firearm. He pleaded guilty  to attempting to kill officers and government employees, conspiracy to provide material support to terrorists and possession of a firearm in furtherance of a crime of violence.

“Abdulkader placed himself under the direction and control of an evil foreign terrorist organization and plotted with that organization to conduct multiple murderous attacks in the Cincinnati area,” said U.S. Attorney Benjamin Glassman.

After the 20-year prison sentence, Abdulkader will have a lifetime of supervised release.