We The People: American gun owners celebrated in new book 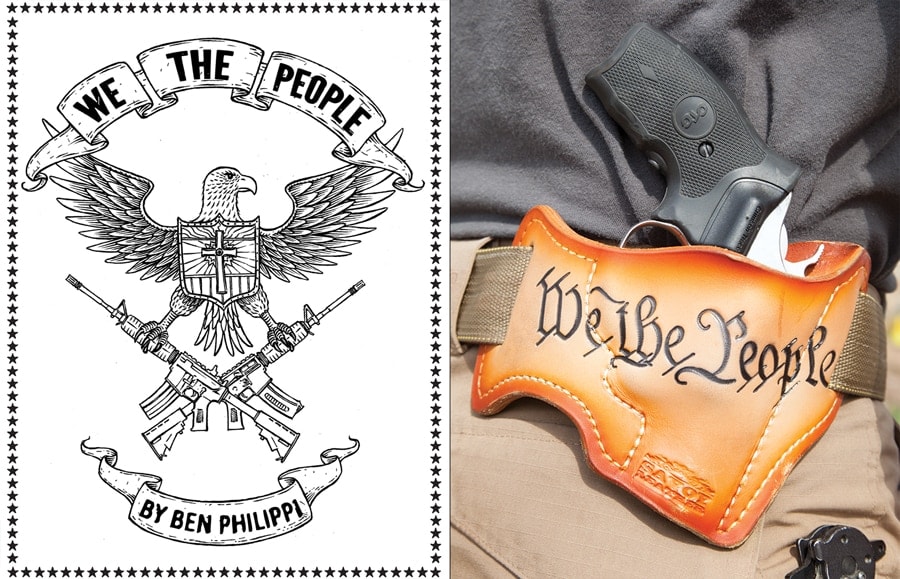 Over the course of five years and covering thousands of miles, I toured America to meet some of the millions of legal gun owners who, every day, proudly exercise their constitutional right to keep and bear arms.

Excited by how limitless freedom can be when every man and woman is afforded their right to arm and protect themselves, I sought to produce a collection of photographs and words as unbiased and true to the diverse social fabric of American gun owners today. I strove to create a book that mirrors the exceptional beauty, pride and singularity of the greatest and most profound country on earth — the United States of America.

Many of you followed me on Guns.com as I worked on my book. It was an honor to share with you so many memorable encounters with some of the nicest people on the planet.

For the sake of this article, if I had to name only three of these encounters, they would be hanging out with Richard Overton in Austin, Texas. At 110 years of age, he’s America’s oldest living World War II veteran. Overton credited his health and longevity to smoking cigars and drinking whiskey. His recounting war stories, showing me his gun collection and describing how much America has changed during his lifetime was fascinating. 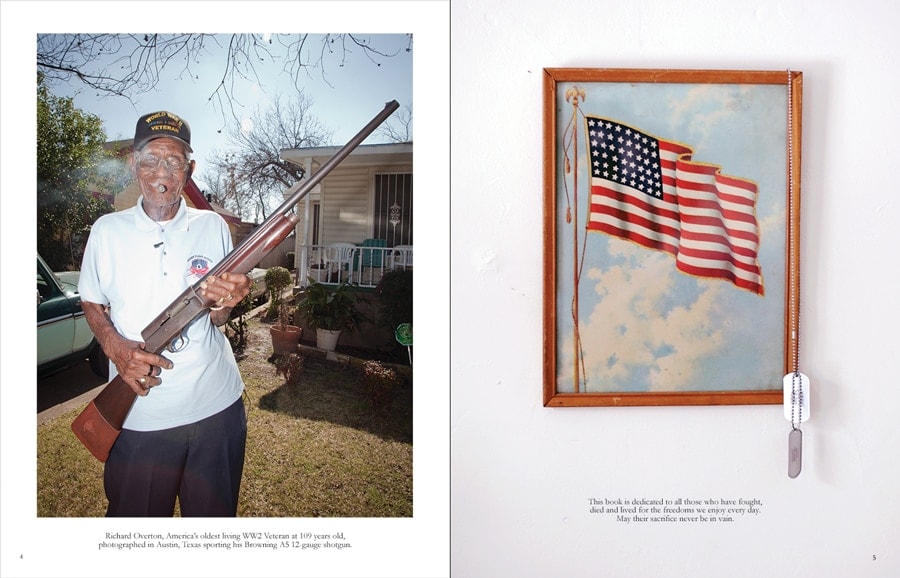 Another highlight was spending a few days with Milwaukee Country Sheriff David A. Clarke Jr., who wrote the Foreword to my book. He rode around a neighborhood of Milwaukee on horseback and several people approached him to get their picture taken with him and shake his hand. He’s a truly inspiring man who doesn’t mince his words or suffer fools lightly. I personally think he should run for president. I think he would win. 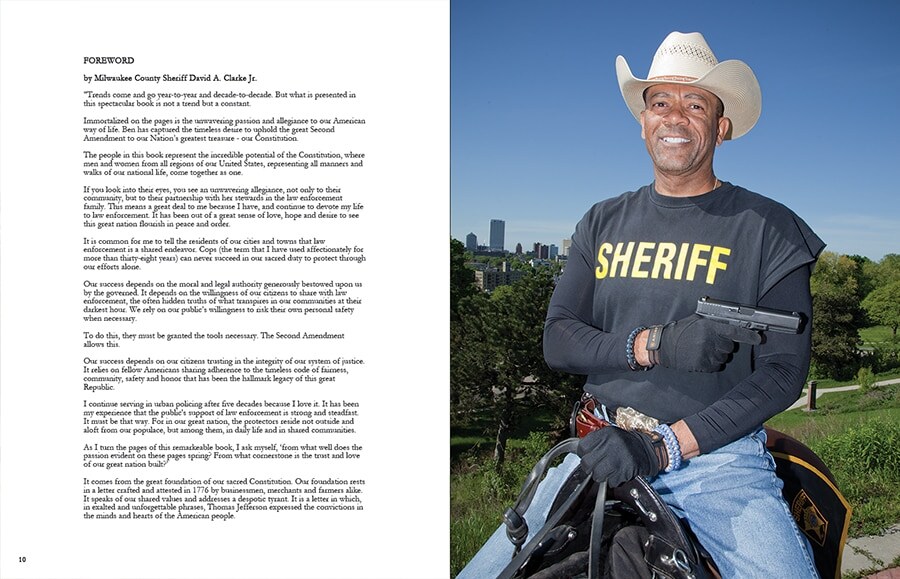 Milwaukee Country Sheriff David A. Clarke Jr. as he appears in “We The People.”

And lastly, I remember visiting Arlington National Cemetery on a cold winter day. It was my first time there, and the size and scale of the sacrifices quickly become clear as you walk through the endless graves on this sacred ground. One cannot help but feel struck by the sacrifices made by so many men and women. Not a day should pass that we are not grateful for their  sacrifices — for freedom is not free. We all must do our part to fight for freedom with the talents and skills God gave us. 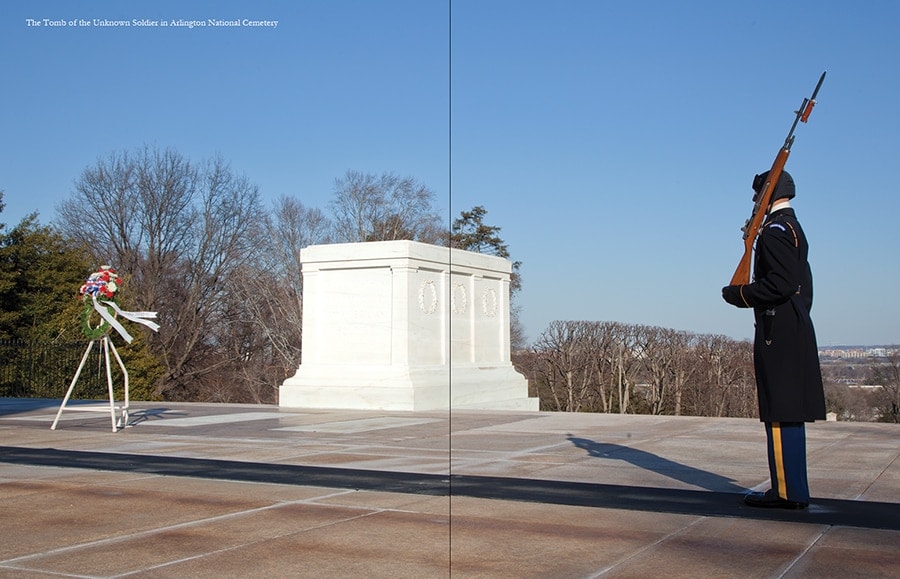 The Tomb of the Unknown Soldier

And as I stood at the Tomb of the Unknown Soldier, watching the changing of the guards, steadfast in their movements despite the biting cold, I hoped then, as I do today, that my book will, in its own way, highlight our inalienable rights to be safe, strong and free — not only as individuals, but also as a whole — as We The People.

If you are interested in purchasing a copy of my book, I’d be happy to personally sign and send you a copy. You can email me at Ben@guns.com or order a copy from Amazon. I only printed 500 Special Limited Edition copies. So once they’re gone, they’re gone. 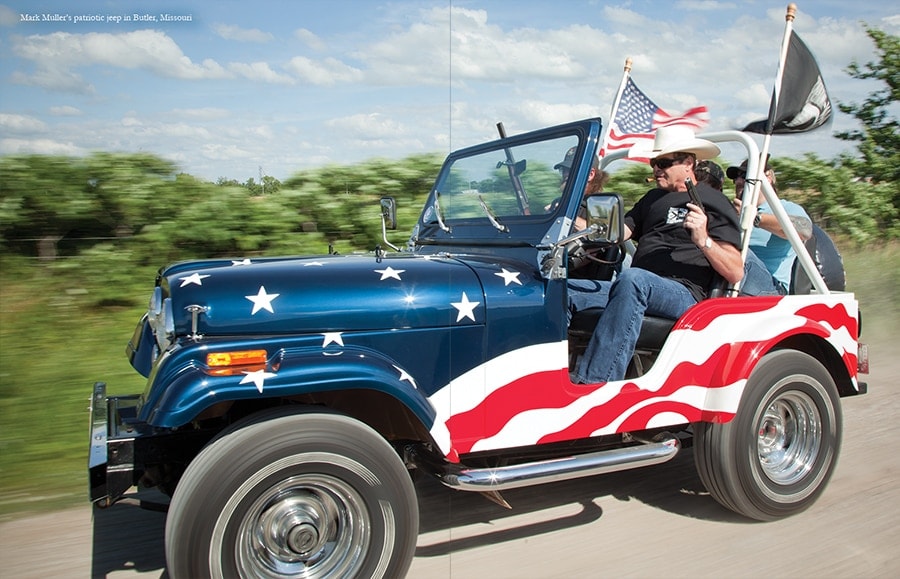 Mark Muller in his patriotic jeep