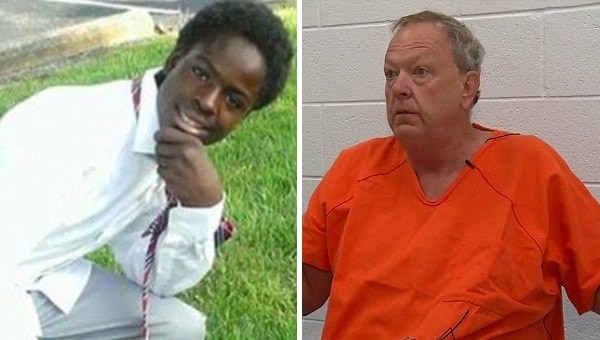 James Means, 15, left, was shot and killed by William Pulliam, 62, on Nov. 21, leading a columnist to wonder if the incident is a consequence of the state’s new concealed carry law that doesn’t require a permit for anyone 21 and older. (Photo: Facebook, WCHS)

A columnist in West Virginia is wondering whether the state’s concealed carry law is partly to blame for an incident where a 62-year-old white man shot and killed a 15-year-old black boy last week.

Police say William Pulliam, 62, admitted to shooting 15-year-old James Means in the abdomen with a .380 revolver on Nov. 21 after the pair bumped into each other and exchanged words. Pulliam lacked any remorse for the shooting. “The way I look at it, that’s another piece of trash off the street,” police quoted Pulliam as saying. He says he felt threatened by the teen, but local officials are calling on the FBI to investigate the incident as a hate crime.

Earlier this year, West Virginia’s state legislature overrode a veto by Gov. Earl Ray Tomblin, making it legal for anyone 21 and older to carry a concealed weapon in West Virginia without a permit. Now, Phil Kabler, a statehouse reporter and columnist for the Charleston Gazette Mail, asks whether Pulliam’s fatal shooting of Means is a consequence of the state’s concealed carry law.

“It…substantiates one of the scenarios that opponents of unlicensed conceal carry law (and some supporters) feared: Individuals bump into each other on the sidewalk, words are exchanged, someone pulls a gun and a life is needlessly taken,” wrote Kabler.

Kabler notes that during discussion of the measure on the House floor, Delegate Dave Pethtel said, “Many people, including NRA members, law enforcement officers and the general public I was elected to represent, have told me this bill goes too far. Everyone should have training and undergo a background check.”

According to a criminal complaint, Pulliam struck his pregnant daughter in the face multiple times in 2013. He pled no contest. Federal law prohibits anyone convicted of domestic violence from getting a gun.

“Under the now-revoked conceal-carry license law, if police officers suspected that William Pulliam was carrying a firearm, they could have asked to see his permit, at which point, he could have been charged with illegally possessing the weapon,” wrote Kabler.

“Whether police could have intervened in this matter, we’ll never know,” Kabler wrote. “However, I suspect that some legislators woke up Wednesday feeling a bit like Lady Macbeth.”