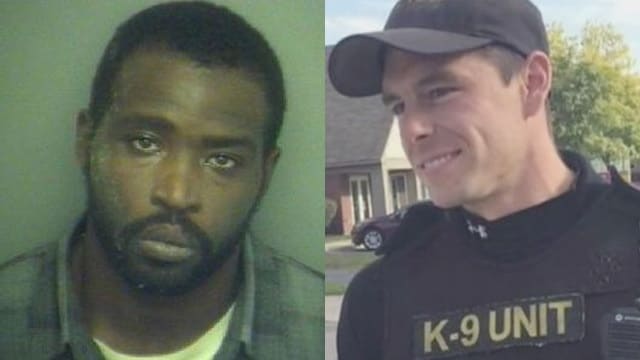 DeAngelo Lamar Davis, 31, is being charged with first degree premeditated murder, and several more charges related to the Nov. 22 shooting death of 29-year-old Collin Rose. Prosecutors say Rose stopped Davis, who was riding a bicycle, around 6:30 p.m. on Tuesday near the Wayne State campus in Detroit. Rose was trying to take Davis into custody when Davis shot him in the head. Rose died the next day.

After an hours-long manhunt, police arrested Davis, but they still haven’t recovered the gun used to shoot Rose. Davis told the judge on Friday that he was unemployed, and the judge told him he’d be appointed an attorney. He’s being held without bond.

“Universally, Officer Rose was respected, admired, and one that had an excellent work ethic,” Prosecutor Kym Worthy said. “Our hearts go out to the family and friends of Officer Rose.”

Rose was a canine officer and had been on the force for five years. He was one credit away from a master’s degree in police administration at Wayne State, and he was engaged to be married next year. WXYZ-TV in Detroit spoke to members of the community that looked back fondly on Rose.

“He had got out the car, we were scared,” Bailey Williams told WXYZ, referring to an incident a few weeks ago when she met Rose. “And he was like, ‘let’s race.’ He had the biggest smile on his face. He was really nice to us.”