Dylann Roof will represent self in federal criminal case 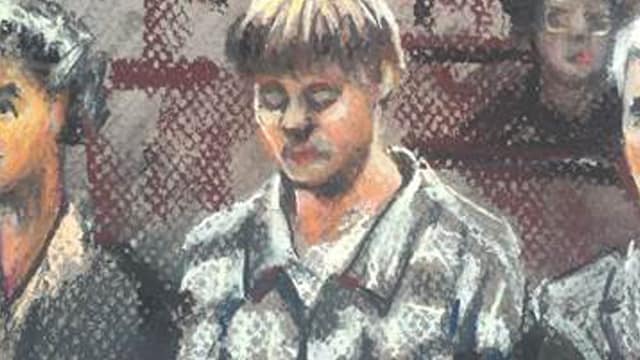 Artistic rendering of Dylann Roof as he appeared in court during a jury selection hearing in September 2016.

Dylann Roof, the man accused of murdering nine black churchgoers in 2015, will represent himself in his federal criminal case.

U.S. District Judge Richard Gergel signed the order Monday allowing Roof to discharge his counsel and take up his own defense, according to the case docket. Roof faces 33 federal charges including hate crimes and murder.

Motions regarding the change have been sealed from public view, but the court issued a memo advising rules on self-representation. Following a closed competency hearing last week, Gergel ruled Roof was mentally competent to stand trial.

Roof entered a plea of not guilty to the shooting and killing of nine black parishioners during a bible study at the Emanuel African Methodist Episcopal Church in Charleston on June 17, 2015.

Prosecutors have described Roof as a white supremacist and pages of his manifesto leaked to the public revealed his desire to start a race war. They are pushing for the death penalty because the murders were racially motivated.

Jury selection for the case was also scheduled to begin Monday in which Roof and the prosecutors will be able to question potential jurors.

Roof also faces murder charges at the state level. That trial is scheduled to begin in January.