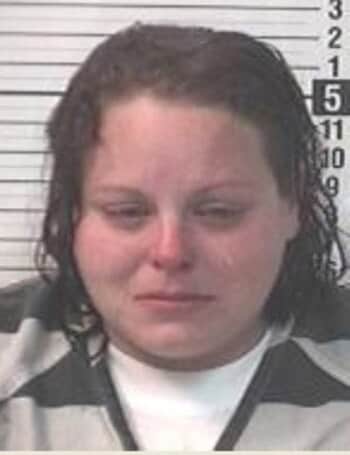 A 32-year-old woman who was fed up with her house guests is now facing charges after she shot at them in an attempt to get them to leave her home last week in Bay County, Florida.

Authorities say Alana Annette Savell grew tired of a male and female guest after they had been drinking and got too loud. Savell told them multiple times that it was time to go, but her requests were just ignored.

So, Savell fired multiple rounds from a .22-caliber pistol at the guests, striking the female in the leg, but authorities also say Savell was apparently just doing what her boyfriend told her to do.

According to the police report, Savell’s boyfriend “stated to investigators that he has told his girlfriend that once someone is told to leave their property three times, she is to go get the gun and shoot it at the ground. If that does not work, she is to shoot people in the leg.”

Incidentally, while Savell was firing at the guests, she also struck her boyfriend in the leg.

Both the boyfriend and the female guest are expected to recover, but Savell was arrested and charged with aggravated battery with a firearm.