HK admits old design was a turkey in holiday message 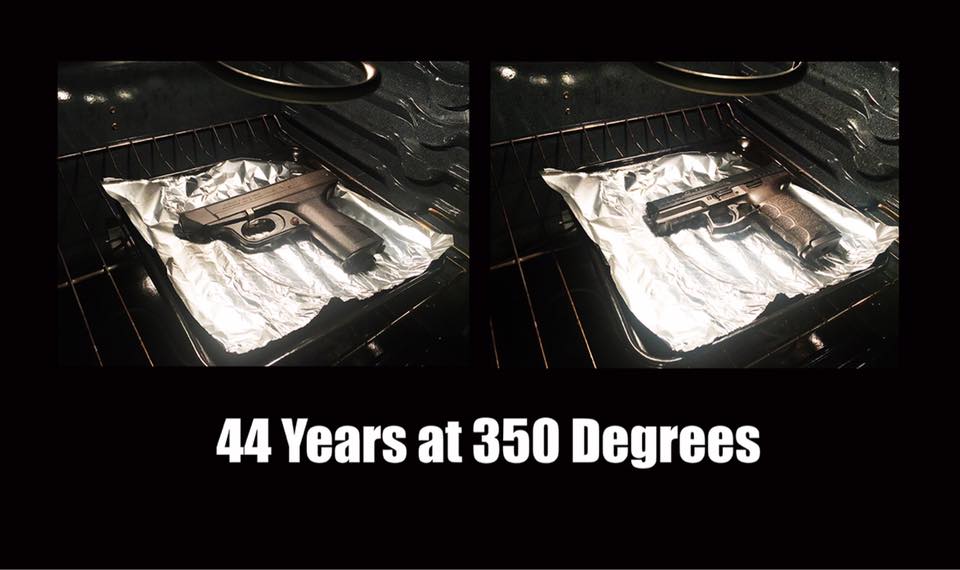 In a mildly disguised attempt at self-deprecation, German firearms powerhouse Heckler and Koch poked fun on Thanksgiving at a revolutionary design that had come full circle.

“Happy Thanksgiving! How long do you cook your Turkey for?” posted the company on social media over a meme of one of their classic 1970s VP70 pistols in an oven, next to a similar picture of a newer model VP9 and the words “44 years at 350 degrees.”

The VP70, or Volkspistole 70, you should remember was the company’s polymer-framed, striker-fired 9mm handgun of the disco era. While it beat Gaston Glock’s G17 to the “plastic pistol” market by a generation, it never really caught on and was something of, well, a turkey. It plodded along until it was quietly discontinued in 1989, only garnering a few sales to third world military forces and limited import to the U.S. as the VP70Z.

HK went back to the drawing board and came up with the VP9/VP40, which so far as seen much more success. It was introduced in 2014– 44 years after the VP70’s debut.

Still, a used but not abused VP70Z, which were imported through 1984, are valued at about $750 in the latest Blue Book, which is a lot of cranberry sauce.