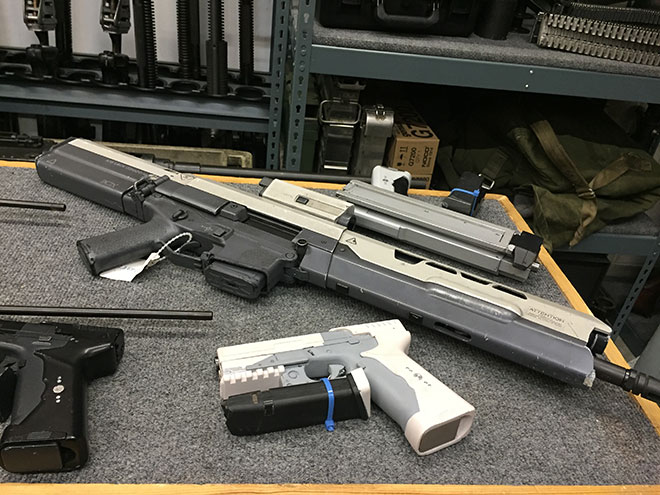 Guns.com recently visited Independent Studio Services (ISS), the Los Angeles-based supplier of firearm props used in what they say are 75 to 80 percent of the guns that appear in films and on TV, worldwide. Our tour was provided by Larry Zanoff, Weapons Department assistant manager. ISS manages every imaginable kind of prop, except costumes.  Their expansive, multi-room weapons warehouse has rooms dedicated to revolvers, modern semi-autos, shotguns, rifles of every ilk, black powder weapons, and NFA items.  There’s also the “Hero Cabinet” full of iconic guns from iconic roles, and a tiny indoor range used for testing and training. Tours are by invitation only and disclosure of the movie or show associated with each is prohibited.

A few surprises from the tour, other than the stunning variety of firearms, include: 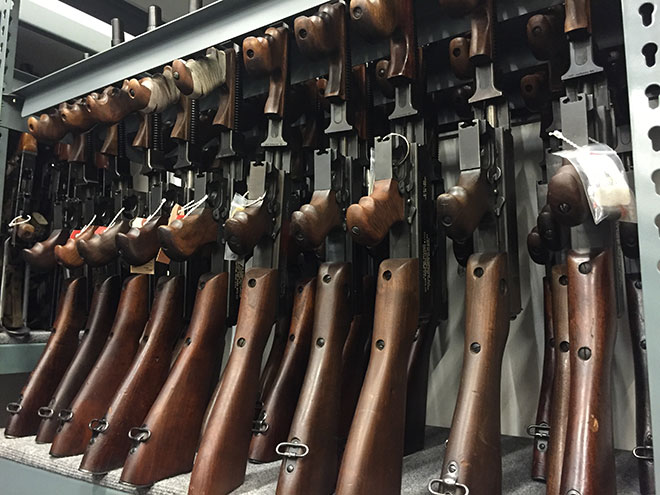 Tommy gun collection at ISS, one of the largest in the world. (Photo: Team HB) 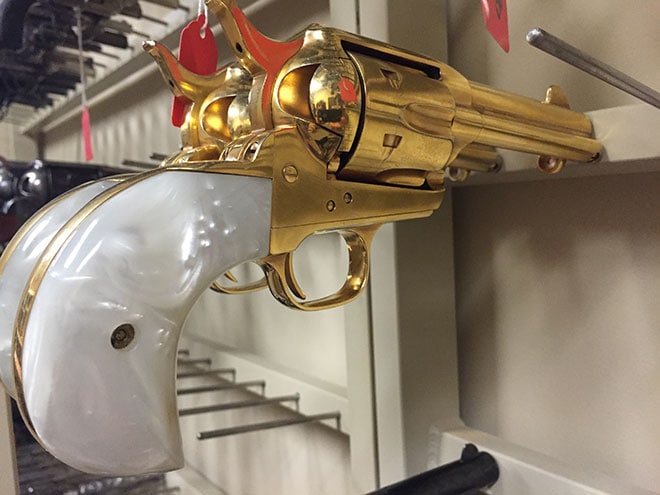 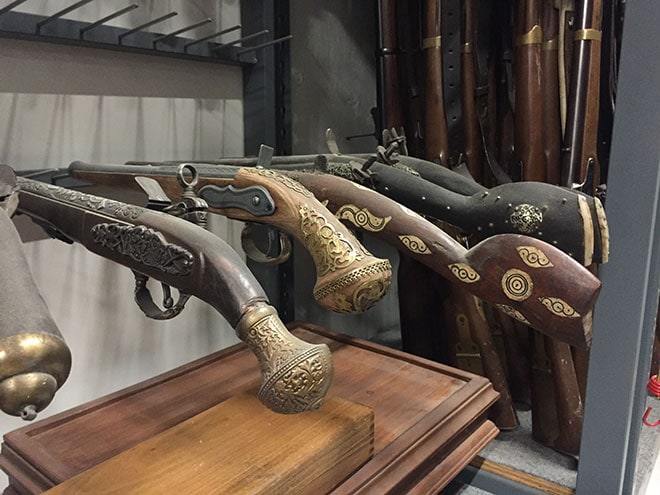 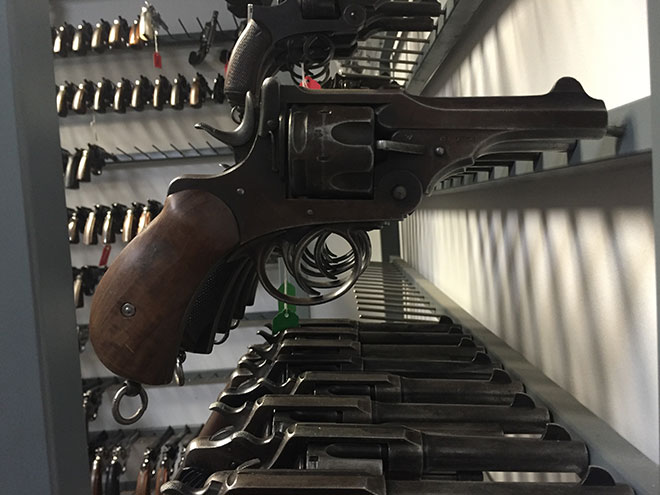 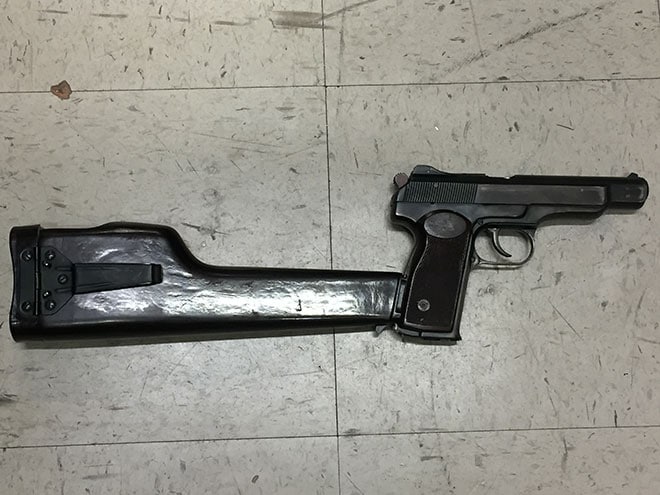 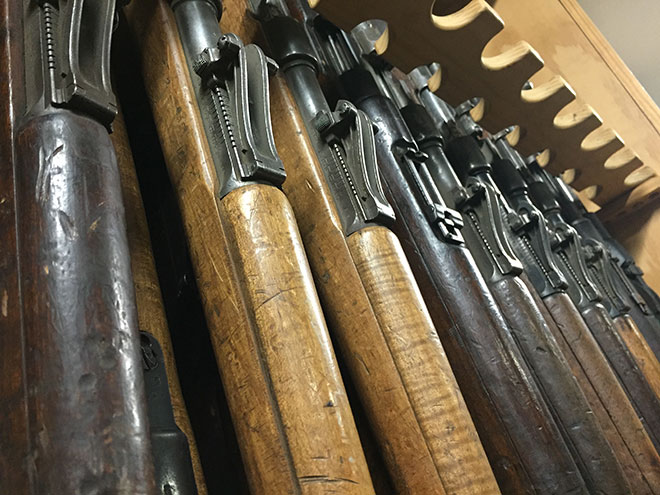 ISS procures guns through numerous channels, including personal relationships with buyers around the globe, developed in the nearly 40 years the family-owned business has been around. They also work with auction houses to obtain specific guns demanded by directors, and often craft specialized features in-house.  Many directors, explained Zanoff, are very picky about historical accuracy.  He used Mauser rifles as an example—each of the many countries that built the once-popular military weapon put their own unique touch on it.  “We have just about every model,” said Zanoff. 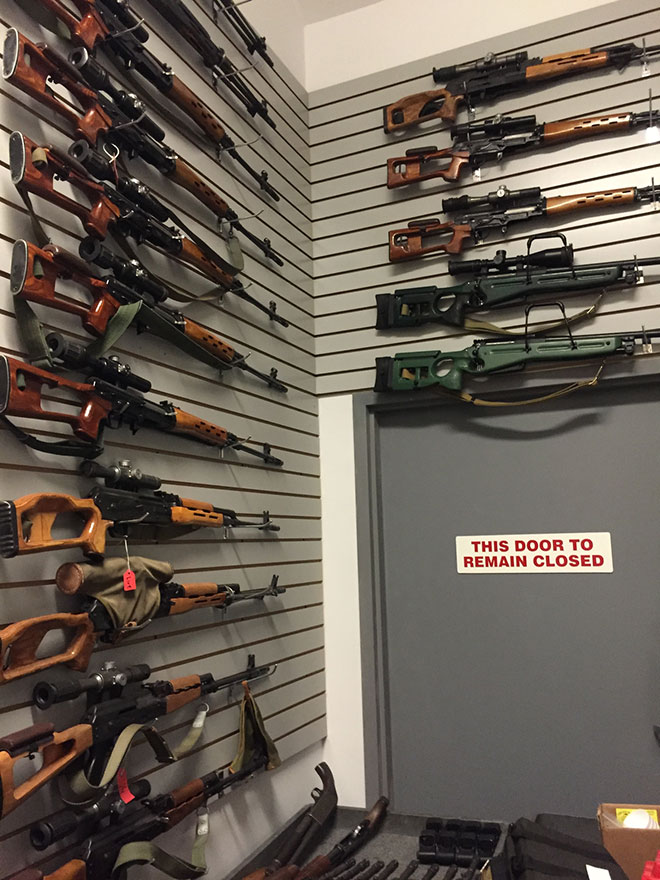 Having single copies of a particular model isn’t enough.  Zanoff explained that one show may use six different copies of the same firearm.  At minimum, they have one that does live fire and a few that fire blanks and appear on set with actors and stunt doubles. The company provides live fire training for actors as well as working with directors to present accurate portrayals of how people use guns in different settings throughout history.

As for regulations, Zanoff said a “we have a great relationship with the ATF and California DOJ. We have a lot of regulations that must be met, a lot of licenses to be maintained.  They know we’re not trying to do anything wrong here. Of course, we have to abide by the laws.” A few minutes later, he showed us the heavy metal trunks that are required for transcontinental shipments.  The company must comply with other nations’ regulations when traveling there for filming, as well. 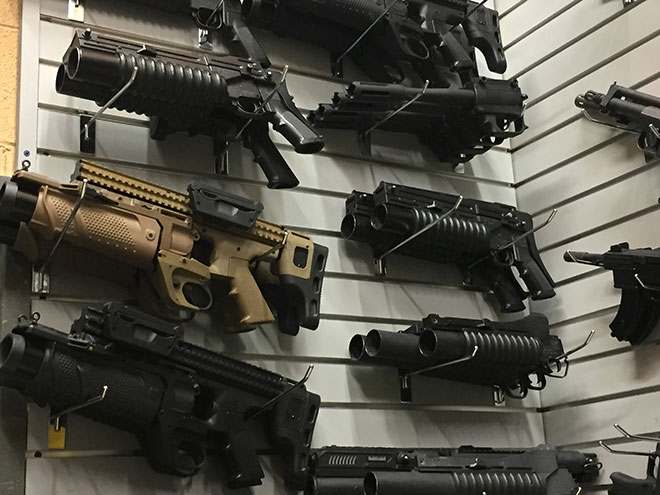 As manager and provider of training for filmmakers, Zanoff has a very big job.  This son of a gun enthusiast recalls taking guns apart on his dad’s table when he was six years old.  He served as a member of the Israeli Defense Forces before coming to the US and taking his current job.  His encyclopedic knowledge of both firearms and filmmaking helps make ISS a prop house powerhouse.