Minneapolis officer under investigation for shooting at car full of people 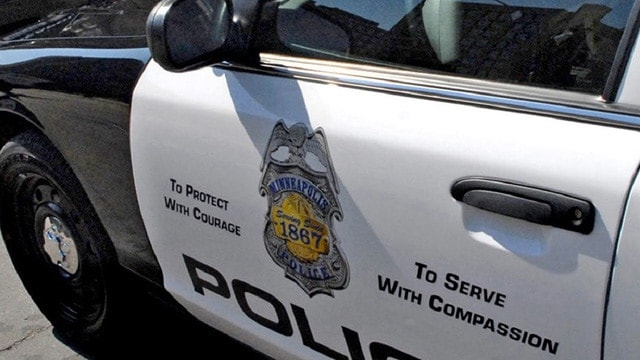 Six people filed a complaint with Minneapolis Police, saying an officer was careless when he fired his gun at the car they were in. (Photo: Joey McLeiseter/Minneapolis Star Tribune)

A police officer in Minneapolis is under investigation after he fired his gun at a car full of people while answering a call last week.

Caylea Wade, 23, was following the instructions of police in the early morning hours of Nov. 20, according to the Minneapolis Star Tribune. Police were responding to a call of a large brawl, and an officer told Wade to put her car in reverse and leave the way she came. Another officer was pulling up, and the two cars collided. The officer in that car fired his gun one time, and the bullet hit Wade’s driver side door. None of the six people in the car were injured, but now they say the officer was careless, and the department is investigating his actions.

Wade had three other women and two men in the car with her. Police were responding to reports of 30 to 40 people fighting in the area, and at least two people were shot in the incident. But Wade’s father says his daughter and her friends had nothing to do with that.

“They weren’t suspects. It’s unfortunate that they put my girl in harm’s way,” said Lou Wade. He says his daughter was detained for several hours after the incident and then her car was impounded for four days.

“What would have happened had one of the young passengers been wounded or killed?” said NAACP chapter president Jason Sole in a statement.

A police spokesman confirmed there were six people in the vehicle, but would not comment further pending an investigation.

Those in the car that night, their families and activists from Black Lives Matter and other groups held a rally Monday outside City Hall. Some of them plan to meet with Minneapolis Mayor Betsy Hodges sometime this week.