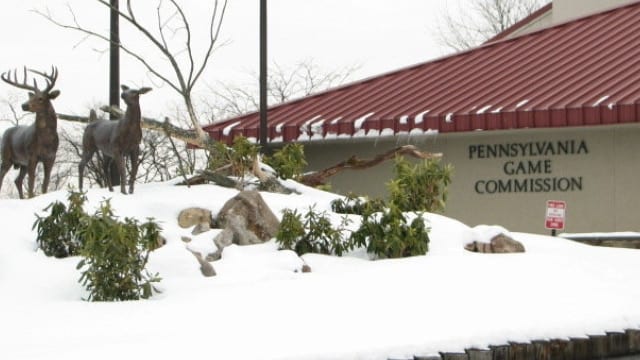 The eight-member Pennsylvania Board of Game Commissioners caution new regulations will not be in effect until at least April 2017. (Photo: PennLive.com)

Conservation officials want to remind the public that, while state lawmakers and the governor have approved semi-automatic and air rifles for hunting, the changes will not be enacted until at least next year.

“Semiautomatic rifles generally are not permitted for any type of hunting in any part of the state at this time,” the Pennsylvania Game Commission said in a statement Wednesday and reminded the public that currently all centerfire rifles and handguns used must be manually operated and semi-auto shotguns are only permitted in five counties.

Gov. Tom Wolf signed the popular House bill last week, after the Pennsylvania General Assembly passed the measure by veto-proof margins. HB 263 amends state law by removing the ban on the use of air, chemical or gas cylinder operated weapons as well as semi-automatic rifles, allowing the Game Commission to regulate the use of such guns to manage game species and bag limits.

As for moving forward with the changes authorized by HB 263, commissioners contend nothing could be approved before April 2017 as the proposed regulatory changes must be adopted at a regular meeting, then advertised and brought back to a subsequent meeting for a final vote.

With an upcoming Game Commission meeting scheduled for Dec. 5 and a follow up in January, Pennsylvania gun rights advocates argue that sportsmen need to reach out to the commissioners and make their feelings on the issue heard.

“Now is the time for every hunter who sees this long overdue and common sense option of choice of firearm, and individual choice is exactly what is at the heart of this, to contact the Pennsylvania game commissioners and express themselves that there is no legitimate reason not to extend the use of these firearms to big game in Pennsylvania,” Kim Stolfer, president of Firearms Owners Against Crime, told Guns.com.

Stolfer argued that there are a lot of myths, legends and misinformation surrounding the use of semi-automatic firearms in hunting, which in turn causes the average hunter to shy away from polarizing debate on the subject.

“The facts are that in the debates over HB 263 in the Pennsylvania legislature there were no legitimate and documented examples of misbehavior by hunters in the 49 other states where semi-automatic firearms were legal,” Stolfer said. “In fact, quoted hunting and firearm experts showed that using these types of firearms, semi-automatic actions, make hunting safer because it is less likely to disturb the sight picture when reloading for a follow-up shot thus making it more accurate to keep focused on the target.”

Stolfer also said allowing semi-auto rifles for game will open the sport to a new segment of the population “who will appreciate the choice of firearms to use when considering hunting in the Pennsylvania woods.”