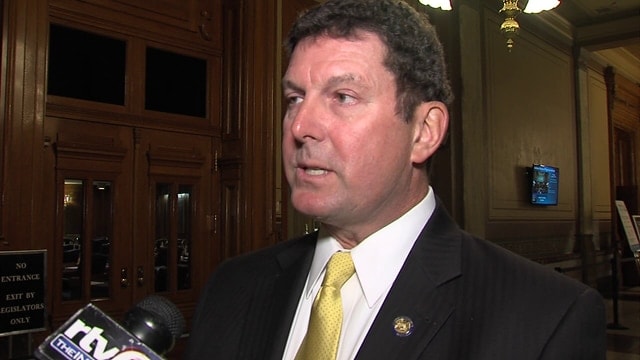 An Indiana lawmaker wants to try again to pass legislation that would repeal the state’s current concealed carry permit program in favor of free and lawful unlicensed carry.

With at least 11 states adopting measures to enact so-called Constitutional carry, Republican state Rep. Jim Lucas thinks he has the momentum to advance similar legislation when the session begins next year.

“To me it’s immoral and even it is criminal … to force an innocent person to jump through hoops and pay money to the state to prove their innocence and exercise a constitutional right,” Lucas told WTTV.

Lucas, who represents the Seymour area, proposed legislation last year when only four other states had such laws. Text of the new bill is not available, but his past legislation repealed numerous sections of Indiana’s carry law and replaced them with language that grants anyone legally entitled to possess a handgun the right to carry it concealed.

With some 753,974 permits issued as of Oct. 1, Indiana has one of the highest rates of lawful concealed carry in the nation and has ballooned from the 570,712 in circulation when Lucas first proposed his bill in 2015.

Some law enforcement officials frown on the concept, arguing that the current licensing scheme helps keep illegal guns off the street.

“Permitting serves a legitimate purpose in terms of denying the right to carry a handgun to certain individuals,” Marion County Prosecutor Terry Curry told the Indianapolis Star. “It also serves a very practical purpose for us in that it provides us with one mechanism for tracking where a handgun has been.”

With Republican super majorities in the General Assembly — 70-30 in the House, 41-9 in the Senate — the bill would have seemingly smooth sailing to the desk of new Gov. Eric Holcomb, who is replacing the gun-friendly Mike Pence in January.

A National Rifle Association “A” rated candidate and current Lt. Governor, Holcomb ran on a pro-gun platform that included ads of his wife conducting firearms training.