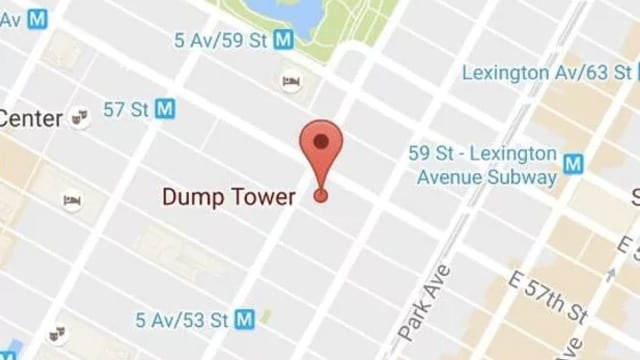 An individual, who is apparently not a fan of Donald Trump, thought it would be funny to access Google Maps and rename Trump Tower to “Dump Tower.”

The 68-story high rise on Manhattan’s swanky 5th Avenue is the location of Trump’s penthouse apartment, which he shares with wife and future First Lady, Melania, and their 10-year-old son, Barron.

Numerous people started to notice the slip up on Saturday and, of course, took to social media to share the mishap. Most made light it, with some even saying it made their day.

Google did not offer comment, nor did Trump. But with less than two months before he’s sworn in as President of the United States, Trump likely is a bit busy, with bigger fish to fry.

Meanwhile, Google Maps are back to normal, so if you search for Trump Tower, it will indeed come up as such.