NY Times: 'Why not smart guns in this high-tech era?' 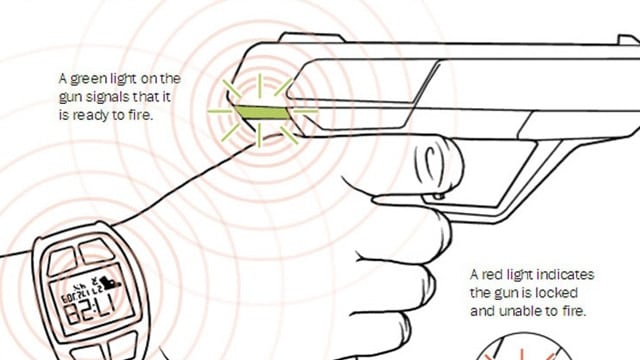 A diagram of how a smart gun operates. (Photo: Violence Policy Center)

Following the Justice Department releasing baseline standards for smart guns and pushback from gun lobbyists, The New York Times editorial board is asking: “why not smart guns in this high-tech era?”

“The National Rifle Association gun lobby was quick to sneer that the guidelines … were a desperate effort by Mr. Obama to claim ‘a ‘win’ during his waning days in office,'” the editorial board says. “Actually, the guidelines reignite the promise of smart guns — a promise cut short 16 years ago when the NRA led a boycott of Smith & Wesson after the gun manufacturer pledged in a White House agreement to explore smart-gun technology.”

Citing 7,000 child suicides from 1999 to 2014, and thousands more deaths from “misappropriated guns,” the Times asks how many lives might be saved by incorporating fingerprint scanners and radio frequency chips into our arms, allowing only the owner to use them.

“If a child can’t open a bottle of aspirin, we should make sure that they can’t pull a trigger on a gun,” the piece quotes President Obama as saying when he called on Justice and Homeland officials to figure out a smart gun strategy in January. As part of that effort, smart guns will be tested at the Army’s Aberdeen Test Center in Maryland.

“President-elect Donald Trump, the candidate of the NRA, might be expected to snuff out smart guns,” the Times says. “But if he instead took on the challenge of selling the NRA on this technology, imagine the lives that could be saved.”