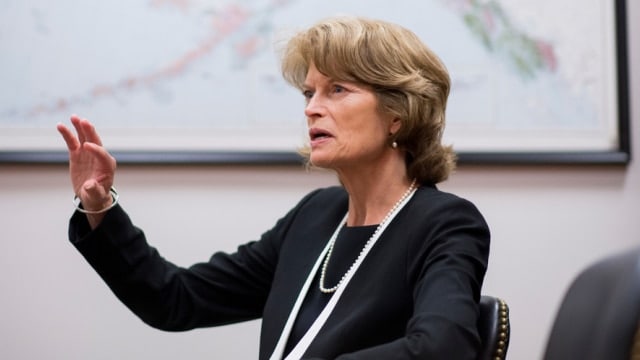 U.S. Sen. Lisa Murkowski is a Republican who opposed a marijuana ballot initiative in her home state of Alaska, but now that it passed, wants to make sure users don’t lose their gun rights.

Alaska voters first approved a medical marijuana initiative in 1998 by a large margin, then in 2014 became the third state to legalize recreational marijuana, following Colorado and Washington, when 53 percent of voters approved a subsequent measure. However, the ATF has long held that any sale or possession of firearms by those who use marijuana, even if allowed by state law, remains criminal.

With the conflict, Murkowski, wrote to U.S. Attorney General Loretta Lynch in March, saying that, while the lawmaker did not support the legalization measure, it was her duty to reconcile the federal gun ban for marijuana users against her state’s permissive laws.

“In my judgement the disqualification of an entire class of marijuana users acting consistent with state law from possessing any firearm merits a review of federal legal policy,” wrote the Alaska senator, fearing that legal cannabis users may simply answer “no” to the marijuana question on federal firearms transfer forms, exposing themselves to criminal charges.

Since Murkowski’s letter, a three-judge panel of the U.S. 9th Circuit Court of Appeals — which covers Alaska — handed down a ruling that refusing gun sales to otherwise law-abiding marijuana users does not violate their Second Amendment rights, saying that the case offered little to “overcome Congress’s reasonable conclusion that the use of such drugs raises the risk of irrational or unpredictable behavior with which gun use should not be associated.”

In October, nearly two months after the appeals court ruling, Lynch’s office replied to Murkowski’s letter noting that federal prosecutors in Alaska had not filed firearms charges against a defendant in the state since the 2014 ballot measure took effect in which the individual was a lawful user of marijuana. Nevertheless, Lynch made it clear they intended to enforce federal drug and gun control laws.

Murkowski told Alaska Public Media that she is disappointed with the government’s reply, saying it is biased against firearms owners.

The status quo shows no signs of changing even as more parts of the country relax their regulations on marijuana.

In November, the Bureau of Alcohol, Tobacco, Firearms and Explosives released a revised version of Form 4473, explicitly warning gun buyers “the use or possession of marijuana remains unlawful under federal law regardless of whether it has been legalized or decriminalized for medicinal or recreational purposes in the state where you reside.”

Currently 28 states and the District of Columbia allow the legal use of cannabis for authorized patients while eight have legalized recreational use of marijuana as well. Among those states most recently approving the drug is gun friendly Florida, approved by 71 percent of voters in November.