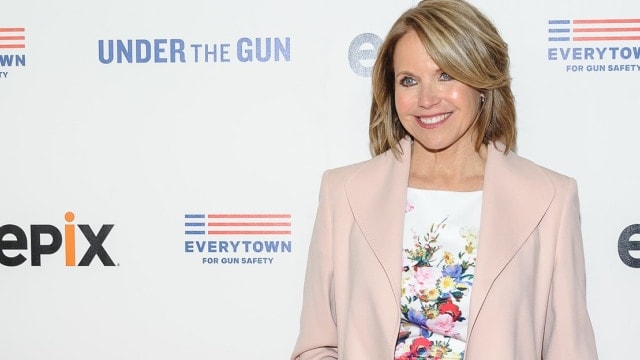 Attorneys for Couric concede the blow-back over the eight second edit has received more media attention than the film ever did. (Photo: Christopher Smith/AP)

Attorneys for the filmmakers who made a documentary about gun violence argue that edited footage of an interview done with a gun rights group for the production does not rise to the level of defamation.

The suit, filed in September, centers on footage contained in the final version of the film showing an interview with Virginia Citizens Defense League members “sitting silently, stumped, and avoiding eye contact for nearly nine seconds after Couric asked, ‘if there are no background checks for gun purchasers, how do you prevent felons or terrorists from purchasing a gun?’”

Attorneys for the Second Amendment group argue filmmakers took license and — instead of the six minutes of responses that the VCDL members had actually provided — inserted awkward silent footage taken during a “calibration check” in which they were asked to remain quiet by the production crew for 10 seconds.

In a 34-page motion to dismiss filed in federal court on Tuesday, attorneys for Couric, production company Atlas Films and distributor Epix, contend there was no defamation.

“At worst, the film might be construed to imply that some members of the interview group had trouble coming up with an answer to the much narrower question about how, if there are no background checks, felons and terrorists can be prevented from buying guns,” the motion says and adds filmmakers never disputed the editorial choice may fairly be subject to criticism and debate.

And indeed, it has. Shortly after the film’s debut in May, the VCDL disavowed the interview, producing audio they had recorded during the production as proof of the creative editing. While Under the Gun director Stephanie Soechtig stood by her edits, Couric issued a public statement that not only apologized for the edit, but also strongly criticized it.

Attorneys for Couric point out the subsequent media reaction “garnered far more national media attention than the film itself had ever received.”

Further, they argue the 120-minute film, when taken altogether and not just centering on the controversial segment, paints the advocates evenly, and provides them with several talking points.

“The strongly pro-Second Amendment point of view of the members who participated in the panel is clearly articulated in the film as a whole, which contains several minutes of footage of the people in the group articulating their points in response to several of Couric’s questions about background checks and other issues,” the motion says.

The suit seeks $12 million in compensatory damages as well as punitive damages of $350,000 per plaintiff.