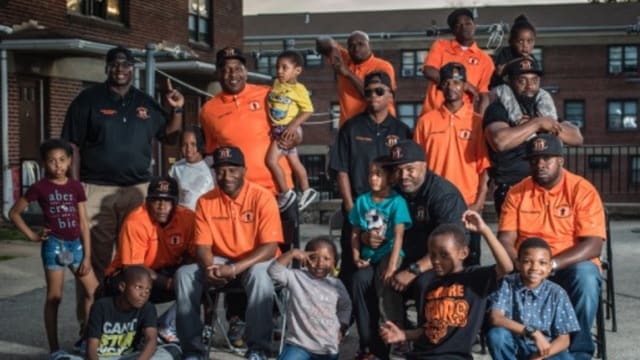 A discussion this week on public radio station WYPR in Baltimore featured guests who were talking about the Safe Streets program, an effort that employs former felons and gang members to help fight gun violence.

Safe Streets was inspired by a similar program in Chicago called Ceasefire, a group that was featured in the 2011 documentary called “The Interrupters.”

The goal of Ceasefire, and Safe Streets, is to get streetwise members of the community interacting with people and interrupting violence.

“We hire guys who have had a reputation in the community from previous things that they’ve done, probably on the wrong side of the fence, and now that they have been rehabilitated. … They use that same credibility, those same relationships that they had with that community to try to drive down the gun violence and connect with those who are most likely to be victims or perpetrators of the gun violence in the community,” said James Timpson, a community liaison for Safe Streets. “So I think it’s really about trust and relationships.”

But not everyone is convinced of its effectiveness. In July, guns, heroin and cocaine were found in one of the Safe Streets offices, and activities there were suspended temporarily.

Still, the group is tenacious. It operates in four neighborhoods in Baltimore, and workers mediated nearly 700 conflicts in 2015, 80 percent of which were “likely” or “very likely” to lead to gun violence.

“Researchers say those mediations have brought homicides down significantly in the participating neighborhoods,” said WYPR host Tom Hall at the top of the nearly 50 minute radio show.

There are also efforts nationwide to give the violence interrupters, or VI’s, a professional certification that would grant them a sort of patient confidentiality. That could help to further legitimize Safe Streets and programs like it, giving job opportunities to former felons while helping to curb gun violence.

“This is how I can help you. You don’t need to go over there because that’s where you shot that guy, or you got shot, or you stole something or you did something,” said Dante Barksdale, a community outreach coordinator who’s been working with Safe Streets since it started in 2007. “And I can help him with that, help him internalize what exactly is the situation that he’s in, and how we’re gonna help him.”