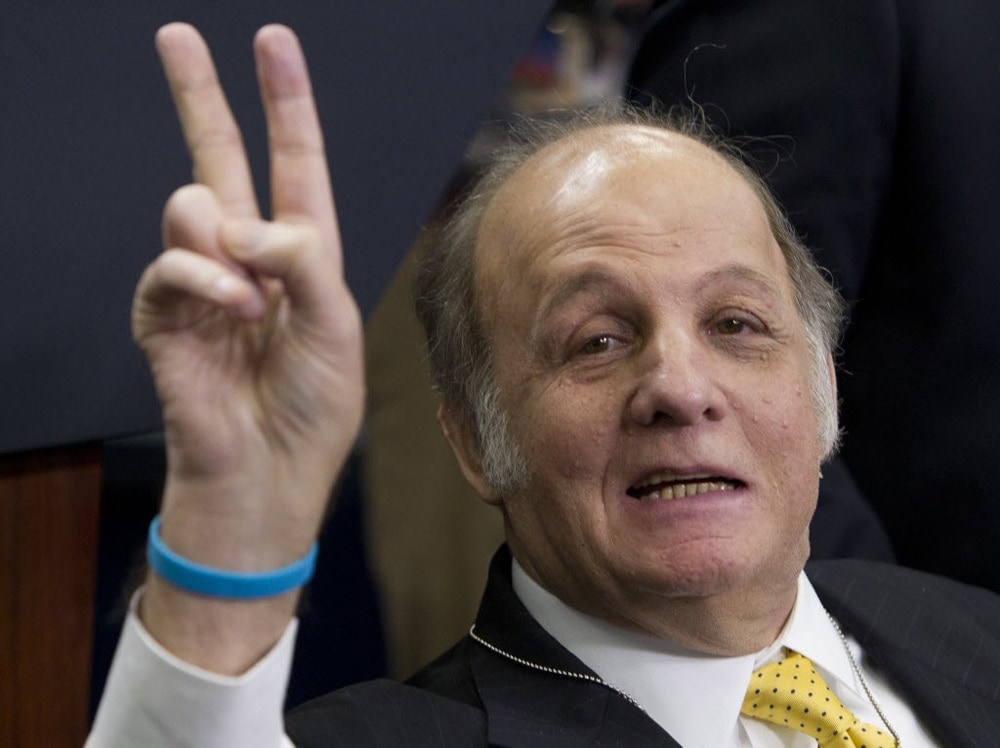 James Brady, former press secretary for President Ronald Reagan, was inspiration for the Brady bill after he was severely injured by a would-be assassin. He died in 2014. (Photo: Gettys)

This year marks the 23rd anniversary of the Brady bill’s signing into law and with it comes a record number of checks performed in a single year as well as a milestone for blocked sales.

The federal law that requires licensed gun dealers to perform a criminal background check before transferring a firearm has stopped more than 3 million prohibited buyers, according to the Brady Campaign, the group that advanced the initiative in the 1980s and 90s.

An analysis of the total reveals the number of blocked sales was the sum of 1.4 million denials by the federal system and an approximately 1.6 million denials by state systems. The systems are designed to deny buyers with felony convictions, those who have been adjudicated mentally ill or considered a domestic abuser, among other infractions.

Dan Gross, Brady’s president, called the milestone much more than a statistic and credited the process making America safe. “It’s irrefutable proof that Brady background checks work, that they have made America safer by keeping guns out of the hands of violent criminals, domestic abusers, and dangerously mentally ill people — the people we all agree shouldn’t have guns,” he said in a statement.

With one month remaining, 2016 has already set a new record for the most checks performed in a single year. According to data compiled by the National Instant Criminal Background Check System, this year has raked in 24.7 million checks after last month’s 2.6 million pushed it in the lead.

In the past, gun rights organizations have dismissed claims about the positive impact of background checks. Dr. John Lott, an economist often cited by pro-gun advocates, has claimed the running total has been of initial denials, which are usually mishaps that could be corrected.

The Brady Handgun Violence Prevention Act was signed into law on Nov. 30, 1993 by President Clinton and the NICS system launched in 1998. The measure was named after James Brady, who was shot by John Hinckley, Jr. during an attempted assassination of President Ronald Reagan in 1981. Given Hinckley’s state of mind, he would have been considered a prohibited buyer when he purchased the gun used in the attack.