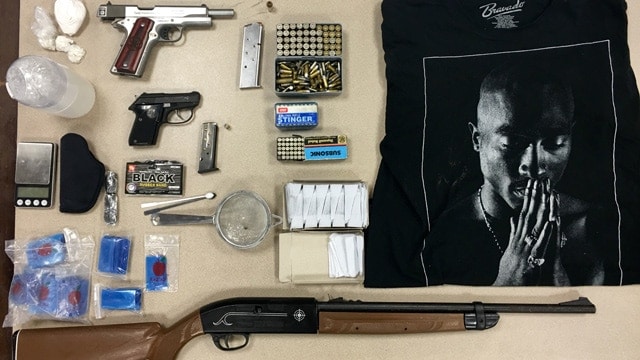 The city of Hartford has seen an increase in stolen guns this year, leading the police chief to issue a reminder to gun owners to store firearms in a responsible manner.

Hartford Police Chief James Rovella sent a letter to pistol permit holders this week warning them the majority of stolen guns were taken from unattended cars and from homes during burglaries.

“As a pistol permittee, we are asking for your help and support by ensuring that your guns are protected from theft and safely stored,” Rovella said and suggested keeping firearms in a locked cabinet or safe, or, if in a car, in a lockbox bolted to the frame.

“Safe storage prevents guns from falling into the hands of criminals who use them for illegal and often tragic purposes,” Rovella said. “I am confident with your support we can reduce and prevent gun violence in the City of Hartford.”

With 20 stolen guns reported this year, the total has already surpassed those reported in 2015 and still expected to rise. The department also released a description of how easily stolen guns are illegally sold and often end up being used in crimes.

Hartford Deputy Police Chief Brian Foley said that a gun previously stolen in a Glastonbury burglary was used in an incident two weeks ago in which a 10-year-old girl was shot in the face.

“Now, that gun owner there – when they bought the gun, never intended for that to be used to shoot a 10-year-old innocent girl. But that’s the reality of what happened,” Foley said.

The city will hold a gun buyback event on Dec. 17, in which individuals can trade unwanted firearms for gift cards. Free gun locks will also be handed out by the police department to those with a valid gun permit.