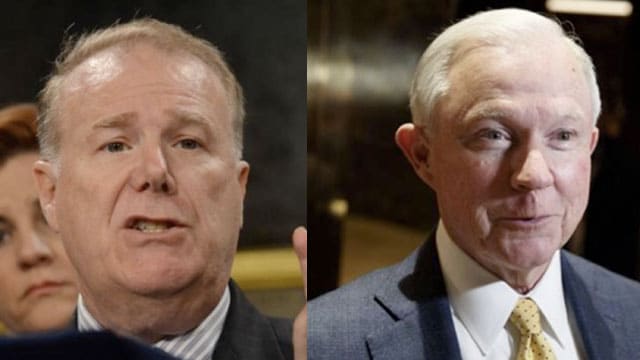 John Feinblatt, president of Everytown for Gun Safety, suggested to President-elect Trump and his attorney general pick if they wanted to keep their promise to be tough on crime they would need to modernize law enforcement tools used to combat gun violence.

“(The Justice Department) can help state and local cops pool trace data. It can build intelligence-sharing centers that analyze how guns get to the underground market,” Feinblatt said Wednesday in a column published by the New York Daily News.

He argued modernizing and expanding federal programs already in existence would help reduce violent crime and would not require new laws — issues both Trump and his attorney general pick Sen. Jeff Sessions may find agreeable. He said trace data — the documented life of a firearm — could be used to identify who sold it into the black market.

The Bureau of Alcohol, Tobacco, Firearms and Explosives maintains trace data reports, published annually, that share details like type of guns used in crime and how long they were in the private market before they were recovered at a crime scene, i.e. “time-to-crime.”

Feinblatt also argued if Trump and Sessions were to modernize law enforcement tools, they would need to confront the National Rifle Association. Despite the criticisms, the NRA has said it advocates protecting gun owners’ privacy and has opposed releasing trace data because the information is too broad, transactions are not always criminal and the data is often only used to advance an anti-gun agenda.