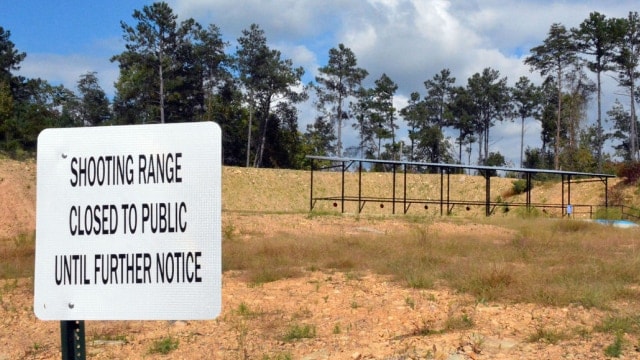 Gun rights advocates fear the bills could force the closure of some ranges in the state. (Photo: Tiffany Owens/The Cullman Times)

Legislation before the New Jersey Assembly may shut off access to shooting ranges for those who do not have a valid firearms permit and a state-issued ID.

The measures are a response to a spate of recent suicides committed by non-gun owners at licensed ranges using rented firearms, according to a legislative statement filed with the Democrat-backed bills. There have been at least seven reported suicides at rental ranges in the state since 2014.

“These acts could result in emotional trauma to witnesses or the loss of business for the owner of the firing range,” according to the statement, which adds a permit would ensure that a patron had passed a background check before the temporary transfer of a firearm.

The proposals, A4179 and A4180, would require all adult shooting range, rifle or pistol club users to verify their identity with range operators and show proof of a firearms-related card. Exceptions are made for those under 18 in some instances. Under current law, patrons only need to show range operators they’re older than 18 years of age. The Law and Public Safety Committee will review the measure at a hearing scheduled Dec. 5.

Gun rights advocates argue the legislation could potentially affect a huge swath of Second Amendment protected activity. “There isn’t a single gun owner, shooting range, gun club, instructor, hunter education student, or person trying the shooting sports for the first time who would not be impacted by these bills as presently written,” said the Association of New Jersey Rifle and Pistol Clubs in a statement issued this week.

The group argue if the bills make it to law, unstaffed ranges would be forced to halt shooting activities, staffed ranges would have to become “agents of the state” to verify credentials, shooters from out of state would not be able to use ranges and many mentoring programs and firearms training events would be hampered.

Worse, the advocates contend that domestic violence victims would be prevented from training with firearms while awaiting issuance of their firearm credentials. In one well-publicized case in 2015, a New Jersey woman was stabbed to death in her driveway by an estranged boyfriend while waiting months for her gun purchase permit.