North Carolina man gets life in prison for terrorist plot 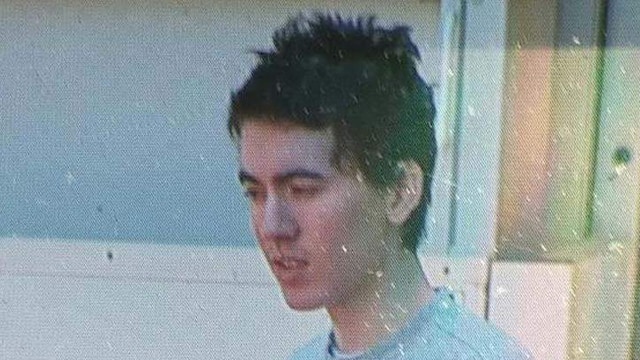 Justin Nojan Sullivan, 20, told an undercover agent about his terrorist plot, even asking the agent to kill his parents. (Photo: WCCB)

A 20-year-old North Carolina man will spend the rest of his life in prison after pleading guilty Tuesday to attempting to commit terrorism.

According to a criminal complaint, Justin Nojan Sullivan’s father called police in April 2015 to complain that he was burning religious figurines. Two months later, Sullivan made contact with an undercover FBI agent on social media, telling the agent he was a “mujahid,” or someone engaged in Jihad. He told the agent he was planning to buy an AR-15 and was hoping to kill 1,000 Americans.

“1,000, yes. I’m thinking about using biological weapons. Coat our bullets with cyanide … and then set off a gas bomb to finish off the rest. It’s easy to make,” Sullivan told the agent.

“Sullivan also admitted he had frequent and direct communications with Junaid Hussain, one of ISIL’s prominent members in Syria, who asked Sullivan to make a video of the deadly attack,” said U.S. Attorney Jill Rose, according to a Department of Justice press release.

According to court documents, Sullivan said he wanted a silencer for the rifle, and asked the agent if he could make one. “Just go to YouTube and look up flashlight suppressor … we’ll need a die set to screw it onto the barrel,” he said.

Within a few days, the FBI sent Sullivan a silencer, crafted to his specifications, and his mother opened the package. He took it and hid it in a crawl space. Fearing that his parents could get in the way of his attack, Sullivan offered to pay the agent to kill his parents.

On June 19, 2015, Sullivan’s home was raided and he was arrested. In addition to the silencer, law enforcement found a rifle Sullivan admitted to stealing from his father. Forensic evidence shows the .22 rifle was used to murder a neighbor in 2014. A grand jury alleged that Sullivan killed that neighbor, but he didn’t admit to it in the plea deal.

In the plea agreement, Sullivan pleaded guilty to to one count of attempting to commit an act of terrorism transcending national boundaries, and agreed to a life sentence.

He remains in federal custody.