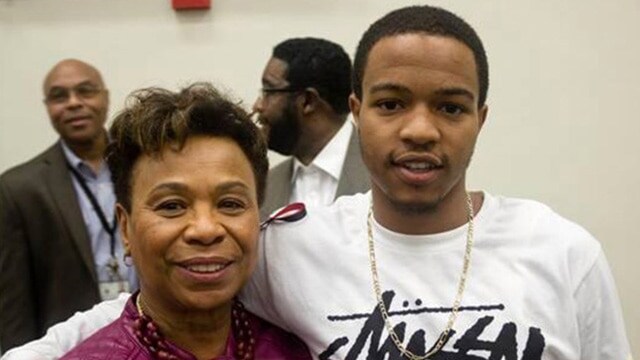 A 19-year-old man who spoke out against gun violence at a January town hall meeting in Oakland was shot and killed this week.

In an emotional speech, Roderick “Treyvon” Godfrey shared with meeting attendees how he had already lost five friends to gun violence.

“It shouldn’t even be like that,” Godfrey said. “Especially when our kind can’t grow up to see the age of 21. We can’t even see what it feels like to be grown.”

Godfrey and his friend, Deante Miller, who was also 19-years-old, were shot to death just after 10 a.m. Monday in Oakland.

“Treyvon lost his life to the senseless violence he was working to prevent,” Rep. Barbara Lee, who hosted the town hall meeting, wrote in a Facebook post that called for greater “common sense gun reform.”

Police have not yet made any arrests, nor do they have a motive for the shooting at this time.