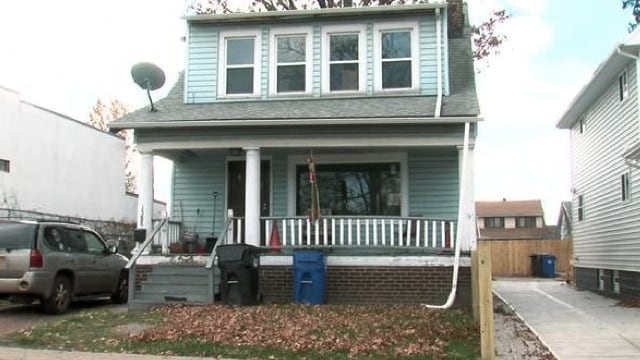 The home in Cleveland where thieves nabbed guns, knives and supplies in the middle of the night. (Photo: WEWS-TV)

A family in Cleveland, so-called “preppers,” and members of the militia group known as the Three Percenters, had several guns, weapons and supplies stolen from their home late last month.

Teena Brayen recently moved to Cleveland from New York with her husband and two kids. She said she thinks one of her children left the side door unlocked on Nov. 22, allowing thieves to walk right in while the family slept, and raid their two gun cabinets.

“They have seven guns, seven,” she told WJW-TV, adding burglars took five shotguns, a high-powered rifle and a pellet gun.

And that’s not all. Breyen said they also took a bug-out bag full of rice, beans, a thousand dollars worth of ammo, smoke grenades, 12 machete knives — and a bullet proof vest.

Breyen’s gone to several media outlets to tell her story because she said she’s worried the weapons have gotten into the wrong hands. “I don’t want to see people get hurt because of what people took out of my home, ” she said.

The Three Percenters are a militia group that formed in the wake of Sept. 11, 2001, according to its website. The group is comprised primarily of former military, police and trained civilians who stand up for and are ready to protect the Constitution and the Bill of Rights.