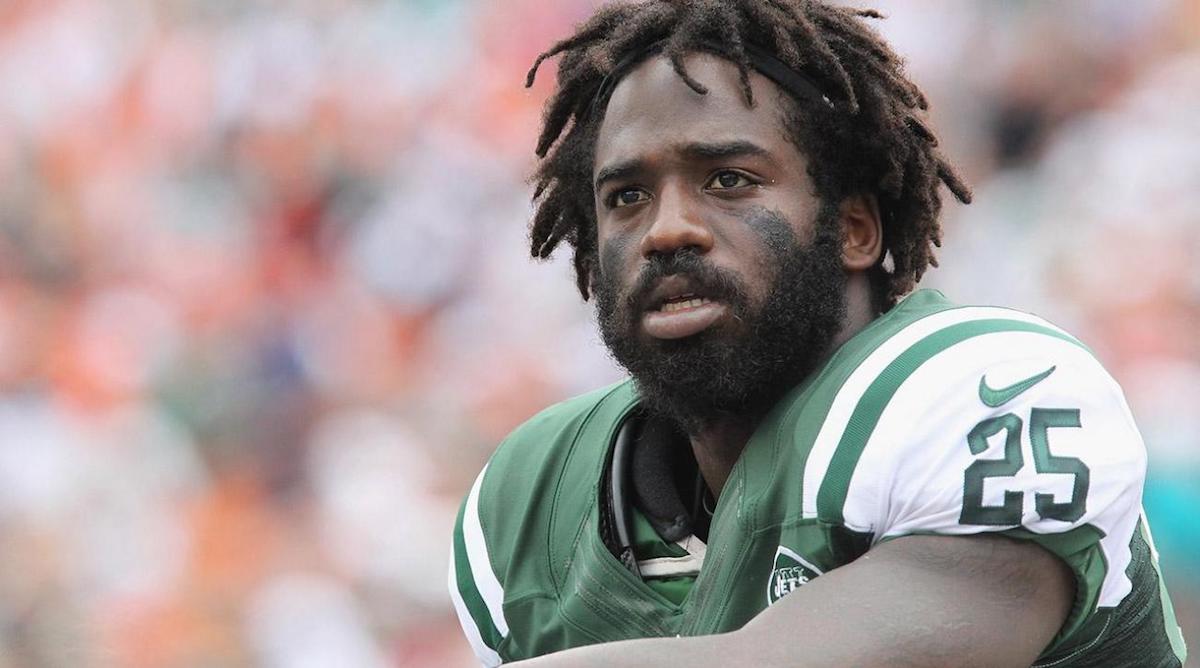 Joe McKnight, a running back, was a fourth round pick for the New York Jets. He played for the team from 2010 to 2013 before moving briefly to the Kansas City Chiefs. (Photo: Getty Images)

The suspect, 54-year-old Ronald Gasser, reportedly admitted to police that he fired three shots at McKnight during an apparent road rage incident Thursday afternoon. Despite the admission, police let Gasser go early Friday while authorities continue to investigate the details surrounding the shooting.

The incident occurred in a suburb of New Orleans around 3 p.m. local time after Gasser and McKnight engaged in a “heated verbal exchange.” The argument was allegedly the result of one of the men cutting off the other while driving.

“Preliminarily it may have been simply cutting one off in front of one, recklessly, while driving on the bridge,” Jefferson Parish Sheriff Newell Normand said during a press conference Friday.

Three shell casings were recovered from the inside of Gasser’s blue Infiniti coupe. Initial witness reports indicated that Gasser had stood over McKnight, taunting him while shooting. However, ballistic evidence and autopsy reports dispelled these accounts.

“The wounds are not consistent with being shot from above while on the ground,” Jefferson Parish Coroner Dr. Gerry Cvitanovich told reporters.

Normand urged the public to rely on information released only from Jefferson Parish authorities — himself, the coroner and the district attorney. He has already faced criticism over his decision to release Gasser from custody and withhold any formal charges for now.

“We think a black man was lynched yesterday,” said Morris Reed, the president of the New Orleans branch of the NAACP. “We are demanding some answers.”

Lawyer Moe Reed Jr. added, “There is nothing that could’ve happened yesterday at 3 p.m. in broad daylight on a Louisiana highway, in front of many people passing back and forth in front of a gas station, that would make this man feel that he was in danger of losing his life.”

McKnight’s family is also looking for clarification on exactly what happened and why Gasser was freed. Speaking to The Associated Press, McKnight’s grandmother, Barbara Franklin, vowed justice for her slain grandson. “He might be released now, but God is going to bring about justice,” she said. 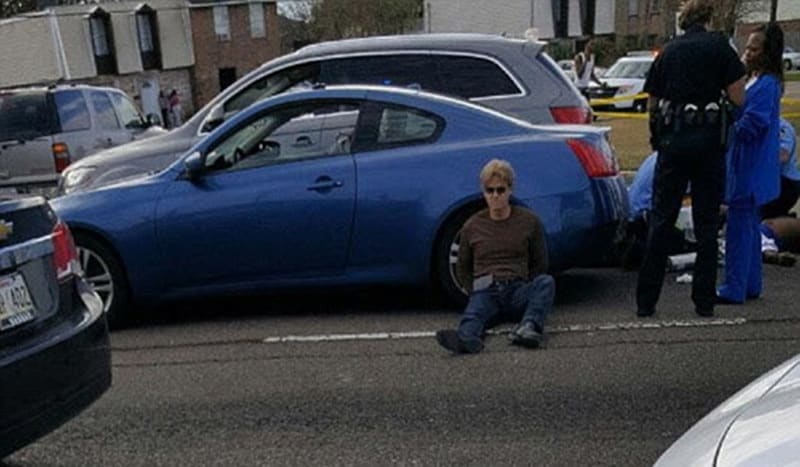 Normand addressed his critics from behind the podium Friday, emphasizing his decision to release Gasser, who is white, was not racially motivated.

“I’ve been already accused of dropping the ball, of doing this and doing that, because we released Mr. Gasser last evening after we took his statement,” he said to reporters. “People can Monday morning quarterback what we’ve done. Mr. Gasser is not going anywhere. He has been completely cooperative with us in every request that we’ve made. The issue at the end of the day is that we will do a very thorough and deliberate investigation.”

Normand said his office is attempting to strike a balance between transparency with the public and preservation of the investigation.

McKnight, a running back and special teams standout, was picked in the fourth round of the NFL draft by the New York Jets. He played for the team from 2010 to 2012 before being cut from the team a year later.

He played two games with the Kansas City Chiefs in 2014 before joining the Canadian Football League, playing for both the Edmonton Eskimos and the Saskatchewan Roughriders.

Gasser, who owns a telecommunications and real estate business, is no stranger to road rage. According to a details released by the sheriff’s office Friday evening, Gasser was involved in a 2006 incident that led to battery charges after a 51-year-old man called 911 to report the owner of a red pickup trick was driving recklessly. Police said a “verbal altercation” arose between the caller and Gasser at a service station.

The man reported that Gasser, who had followed him, “confronted him and began to strike him with a closed fist several times,” a statement by the sheriff’s office said. Investigators issued a misdemeanor summons for simple battery which was eventually dismissed. The sheriff’s office said investigators are looking into the 2006 incident to determine why the charges were dropped.