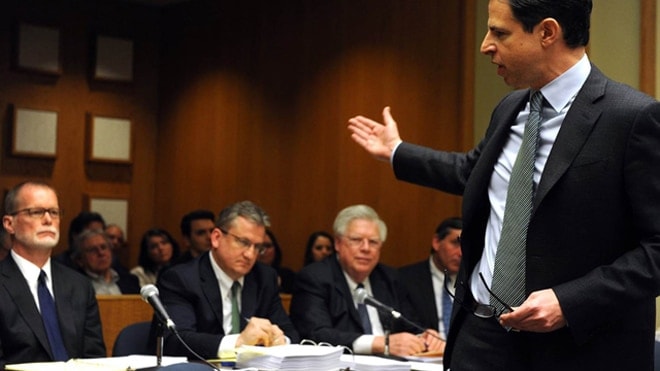 Connecticut’s highest court will hear an appeal from families of those killed in the Sandy Hook school shooting in their case against gun maker Remington Arms, which owns the company that produced the weapon used in the horrific incident.

The state’s Supreme Court agreed to hear the case and opened the docket on Thursday, about two weeks after the families filed their appeal. According to the docket, the case has yet to take off, but an order has been issued that will schedule deadlines for arguments 45 days after the first pre-argument conference.

Families from nine of the victims killed during the incident serve as plaintiffs against Remington, its subsidiary Bushmaster Firearms, a distributor and the now bankrupt retailer that sold the rifle used to kill 20 first-graders and six educators.

Josh Koskoff, the lead attorney for the families, said in a statement Thursday that “we are very pleased this case was taken by the [high] court so expeditiously. I think the case speaks for itself.”

Koskoff has maintained the gun manufacturers bear responsibility for the shooting because they marketed weapons designed for military use to civilians. “They profit and market aggressively and irresponsibly these assault weapons, which were designed for the men and women in uniform to see in battle,” he said.

State Superior Court Judge Barbara Bellis dismissed the case in October on grounds that the companies are protected under the Protection of Lawful Commerce in Arms Act, which shields gun makers from liability if their products are used in criminal acts. She also raised issues of the plaintiffs’ use of a state consumer protection law, the Connecticut Unfair Trade Practices Act. Yet, legal experts saw her ruling leaving open the chance for an appeal.

Koskoff said the last meaningful decision under the state consumer law was an automobile case during the 1930s. “The laws are not frozen in time and are not static,” he said. “The law is dynamic and it has to apply to contemporaneous issues and technologies. This issue has never been resolved by the Appellate Courts, and the Supreme Court is really where it belongs.”

He added the high court should determine and decipher the true meaning of CUTPA, which protects “any person” who suffers “an ascertainable loss of money or property, real or personal.”