No charges for Tennessee gun owner who shot knife-wielding robber 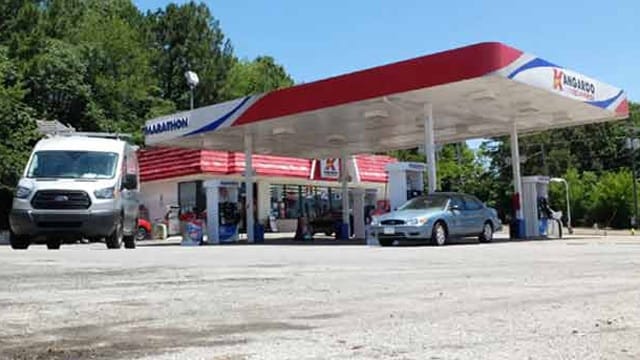 The armed citizen said the suspect struck him with a cigarette rack when he tried to intervene. (Photo: Times Free Press)

A gun owner who shot and killed a suspect during a robbery and kidnapping at an East Ridge, Tennessee, convenience store in June will not face any charges, Hamilton County District Attorney Neal Pinkston announced last week.

Authorities determined that Anthony Edmonds, 53, entered the store just before 2 a.m. on June 30 while wearing a ski mask and carrying a large butcher knife. Edmonds then approached the clerk, demanded cash from the register and stole a cigarette rack, but after collecting the loot, Edmonds forced the female clerk outside, while threatening to kill her. Edmonds also told the clerk he had a gun.

While Edmonds was struggling with the clerk outside, Charles Russell, 33, pulled into the parking lot and realized what was happening. Russell, who was legally armed with a gun, shot Edmonds a single time in the torso.

When first responders arrived on the scene, they found Edmonds lying on the ground, suffering from a gunshot wound. He was transported to the hospital where he later died.

Following the investigation and a review of Tennessee law, Pinkston determined that Russell’s use of deadly force was justified and did not recommend any charges be filed. Likewise, Russell told a local ABC affiliate that the District Attorney’s decision was a “big relief,” a huge weight lifted from his shoulders.

Nonetheless, Russell admitted that he wished the situation could have been different. Russell said he’s sorry for the loss of life and sorry to Edmond’s family, but also said his main concern was the protection of the clerk who was in imminent danger.

“It’s an experience I don’t wish on anybody,” said Russell. Everybody has things that they say. If I was in this position I would do this, I would do that. But until you are actually faced in a situation like that — you really can’t say what you would do.”

Russell said if put in the same situation, he would likely have reacted in the same manner.