November a big month for background checks in Colorado 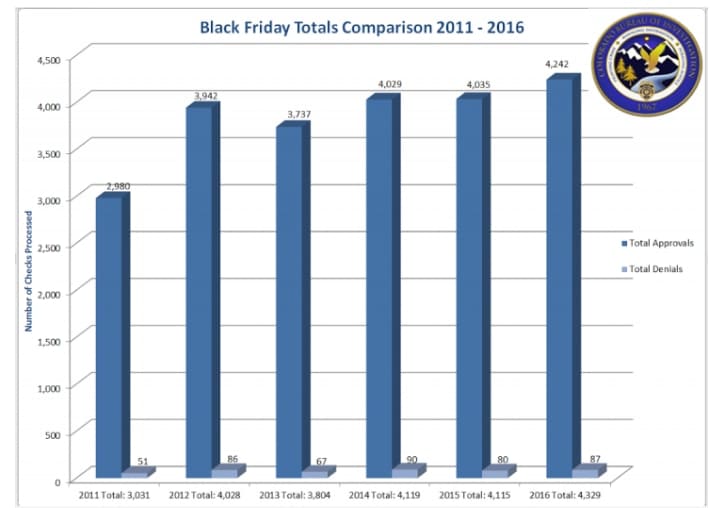 The FBI’s National Instant Criminal Background Check System processed 24,052 applications for handguns and 19,974 for long guns for the Centennial State last month, according to federal data.

Colorado, a point of contact state, initially processes applications through its InstaCheck system, operated by the state Bureau of Investigation.

It’s been a big year for NICS, a known proxy for gun sales, with last month’s tally of 2,561,281 applications processed through the system officially making 2016 the biggest year ever for background checks.

Checks for long guns surged 29 percent over October and more than 67 percent over February — the biggest single month this year for background checks, according to federal data.

Reuters reported last month gun sales wouldn’t be setting any records on Black Friday because drummed-up frenzy over lingering gun control no longer exists like it did before the election — a factor several Colorado media outlets reported drove up sales in the weeks before Nov. 8.

The National Shooting Sports Foundation, however, warns the doom and gloom reporting over the slumping sales was just “the latest grist” for the gun control “propaganda mill.”