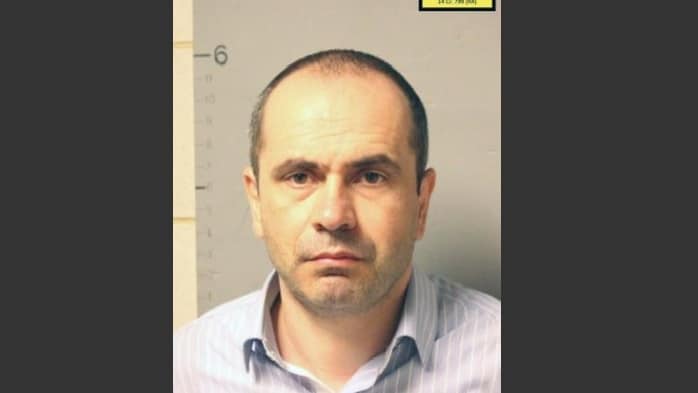 Federal authorities announced Friday a Romanian weapons trafficker will spend the next decade in prison for attempting to arm a Colombian terrorist group targeting Americans abroad.

The charges stem from Georgescu’s role in an international weapons trafficking ring he operated in Europe with two other co-conspirators — Cristian Vintila, a former Romanian government official, and Massimo Romagnoli, a former member of the Italian Parliament.

Between May and December 2014, Georgescu met with three undercover Drug Enforcement Agency officials posing as members of Fuerzas Armadas Revolucionarias de Colombia, aka the FARC — an international terrorist organization known for kidnapping and murdering Americans as part of its efforts to deter the United States from helping the Colombian government disrupt the FARC’s extensive cocaine operation.

During the five meetings, Georgescu, Vintila and Romagnoli offered the agents a catalog of military-grade weapons suitable for taking down American airplanes and helicopters, including anti-aircraft cannons, rocket propelled and thermobaric grenades and other high-powered weapons, as well as military-grade optical equipment. Romagnoli said, according to court documents, he would fabricate “end user certificates” to legitimize the illegal sale.

Authorities say the three arms traffickers traveled across Europe — from Montenegro to Italy to Germany, Albania, Poland and Bulgaria — between September 2014 and December 2014 to meet with weapons suppliers, test-fire military-grade rifles and secure the fake user certificates.

Georgescu eventually signed a $17 million contract with a European weapons supplier and met with DEA agents on Dec. 15, 2014 to discuss payment and means of transportation of the arms stash to Columbia. He was arrested by Montenegrin authorities that same day and extradited to the United States on Feb. 25, 2015.

“Virgil Flaviu Georgescu was convicted by a unanimous jury of conspiring to sell the FARC military weapons, including anti-aircraft cannons and rocket propelled grenades, to be used against American personnel and aircraft,” said U.S. Attorney Preet  Bharara.  “Having sought to profit from the murder of U.S. officers abroad, Georgescu will now spend years in a U.S. prison.”