This Marine Barrett .50 took a lickin and kept on tickin (PHOTOS) 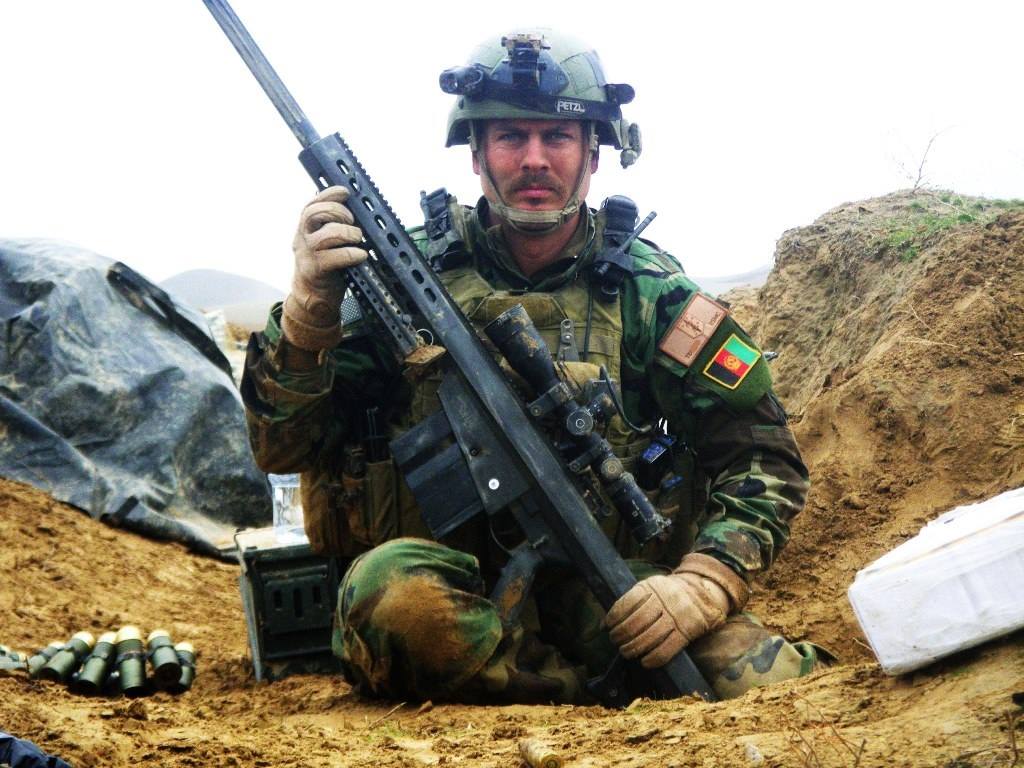 Marine sniper Mark Terrell on Pathfinder Hill on 28 December 2009 with his M107 rifle after it had been hit by an enemy PKM machine gun round (Photos: National Museum of the Marine Corps)

In 2009, a Marine Special Operations Team was deployed on a battle scarred hill in Afghanistan, exchanging fire regularly with those who did not want them there. One .50 rifle took a hit but survived.

Marine Special Operations Team (MSOT) 8222 was deployed on a training mission to Bala Murghab, a village in the Badghis Province in north-western Afghanistan in 2009. In December of that year the team was engaged on a hill designated “Objective Pathfinder” where they were heavily engaged with Taliban forces while supporting a group from the 82nd Airborne and Afghan National Army units. 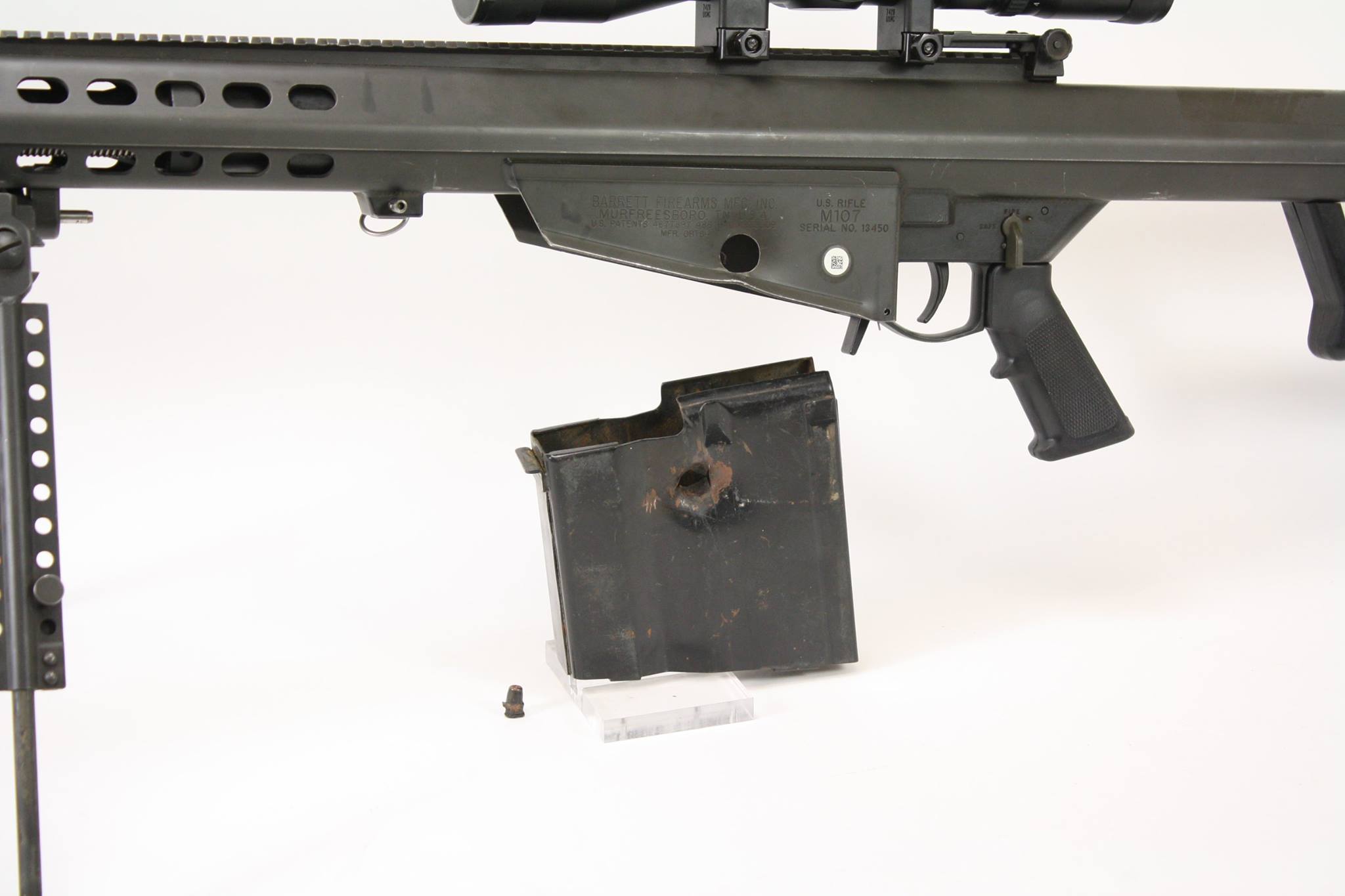 During that fight, the team sniper, Mark Terrell, had his Barrett M107 SASR rifle hit with a PKM machine gun round (7.62x54R) that blew in one side of the magwell and ended up in the mag itself.  According to the National Museum of the Marine Corps, “The bullet damage was field repaired so that the rifle could function with a magazine through the rest of the deployment.”

The magazine and bullet can be seen in a temporary exhibit at the museum, while the rifle will be placed on display when the main galleries open in 2018.

[ National Museum of the Marine Corps ]