Inland’s new T30 is based on the rare T3 Carbine produced in late 1944 (Photos: Inland)

Ohio-based Inland Manufacturing team has reached back into the history books for a rare scoped version of the classic M1 Carbine of World War II.

Founded in 2013, Inland has been making a series of classic reproductions of WWII-era U.S. martial arms to include a new production model of the M37 Trench shotgun, the GI 1911, and several variants of the “warbaby” .30 caliber M1 Carbine.

Their latest model, dubbed the T30, is an ode to the late-war production T3 Carbine. That gun, which later evolved into the very neat M3 Carbine (not to be confused with the .45ACP M3 Grease Gun), was an attempt to make a specialized little popgun which came with a scope base instead of conventional sights and included a cone shaped flash hider.

Winchester and Inland made about 1,970 of these guns in late 1944 and early 1945 and they were equipped with optics to include a very neat early infrared sniperscope that was used in the Okinawa campaign as well as to a degree in Korea. 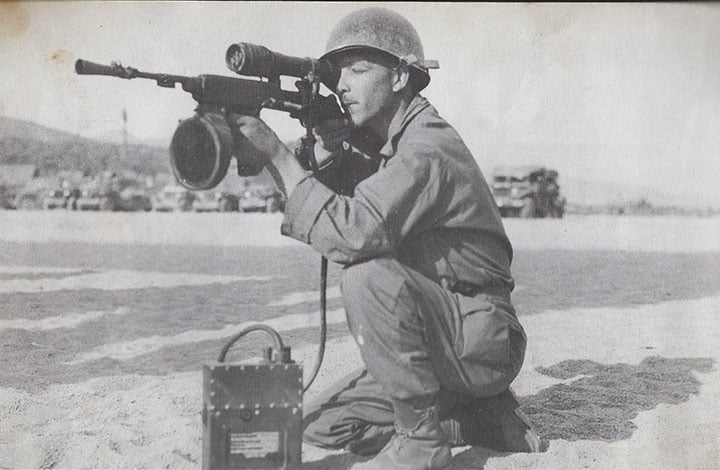 The M3 Carbine at use– the gun that the T3 evolved into. The scope and lamp fitted were extremely bulky but proved to be effective out past 100 yards at night. (Photo: U.S. Army)

While most T3s/M3s were scrapped in the 1950s, and a few (usually with the infrared scope) are in museums and pop up from time to time at auction, they are among the most collectable of the more than six million .30 caliber carbines made during the war.

Inland’s repro, the T30, comes complete with a period-correct Redfield-style scope base welded to the receiver like the T3/M3– which will take 1-inch and 30mm Redfield rings– as well as the clamp-on conical flash hider. This is also an improvement over the old T3, as that wartime production gun had the base pinned/brazed on to the receiver. 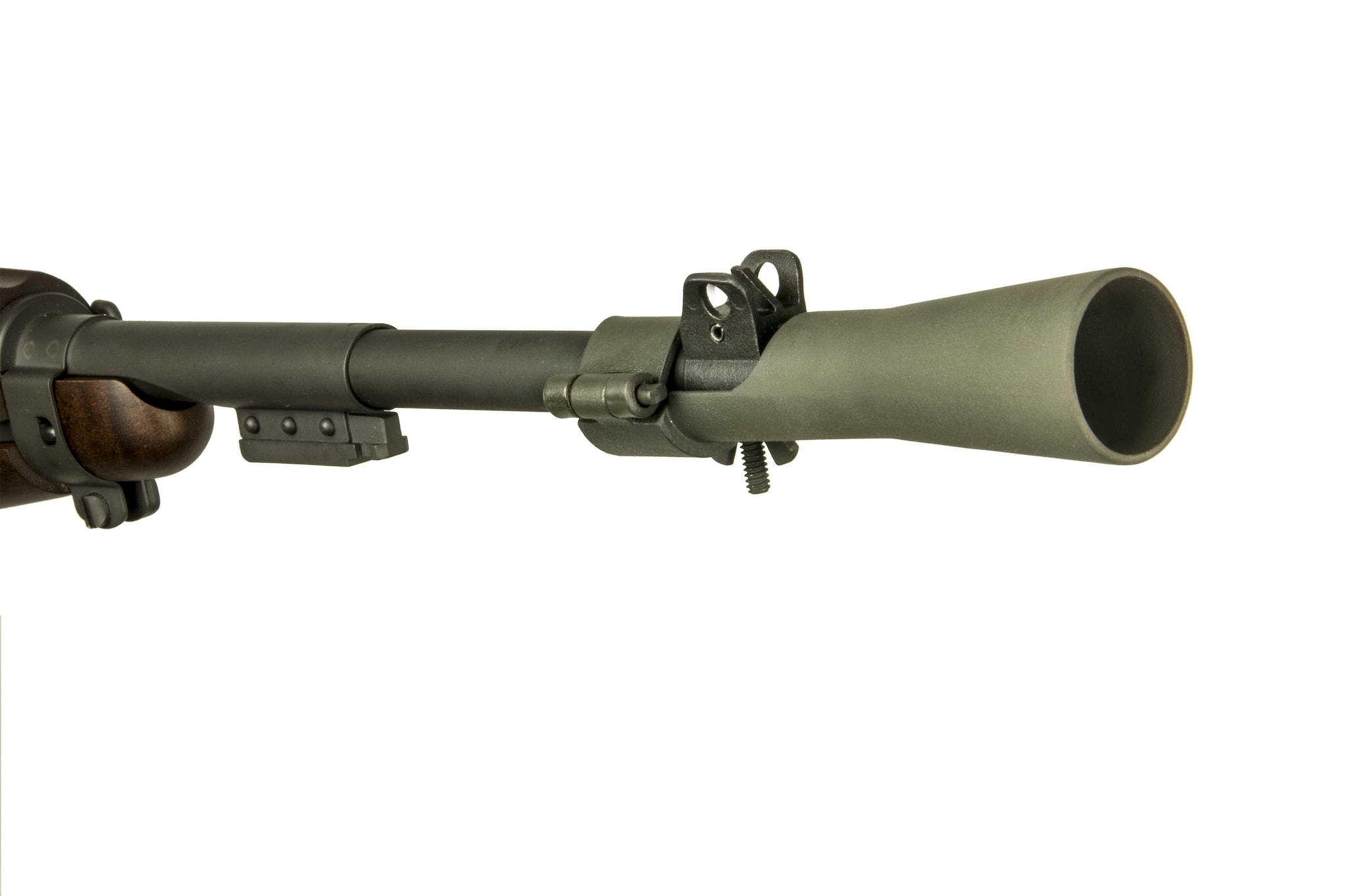 As an option, you can get a new production Hilux M82 sniper scope with better light transmission features over the original 1940s glass and Redfield -style rings. The Lyman 2.5 power M82 scope was used at one time or another on every WWII and Korea sniper platform including the M1C, M1D and Springfield 1903A4 rifles. 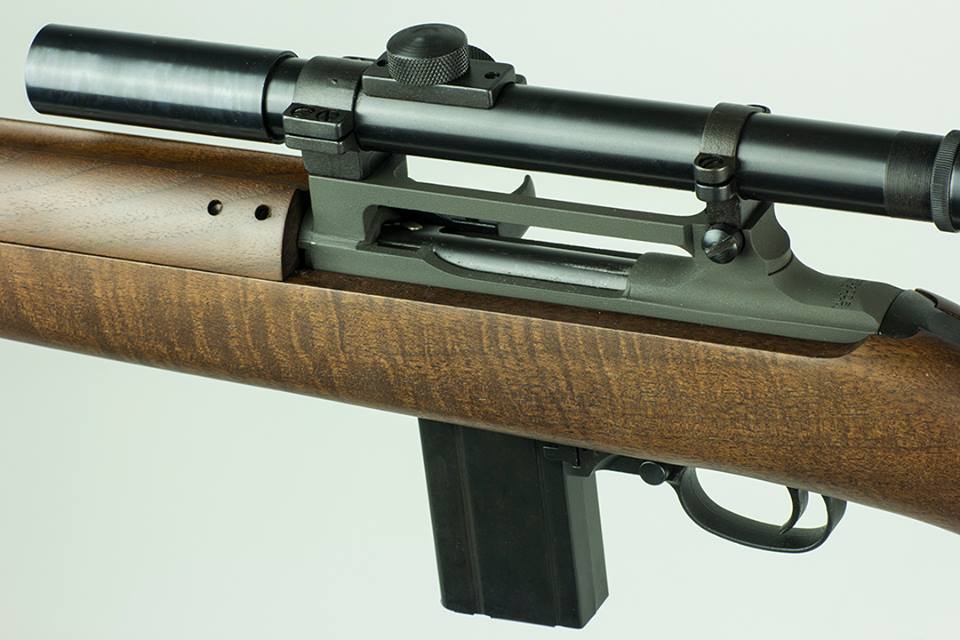 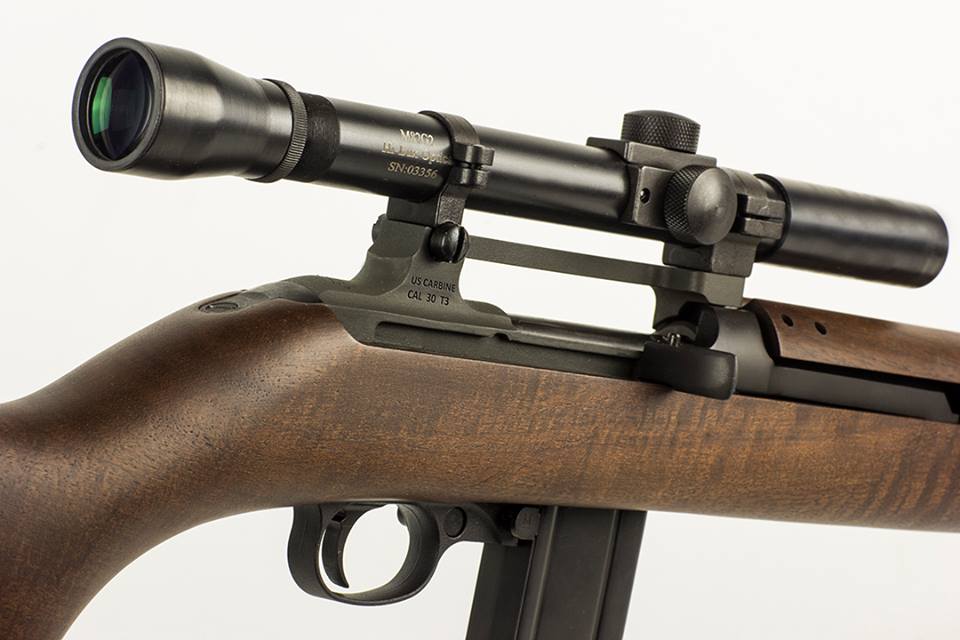 Inland says their T30 is capable of 1-2 MOA accuracy which is mucho better than the more typical 3-6 MOA of wartime M1s. 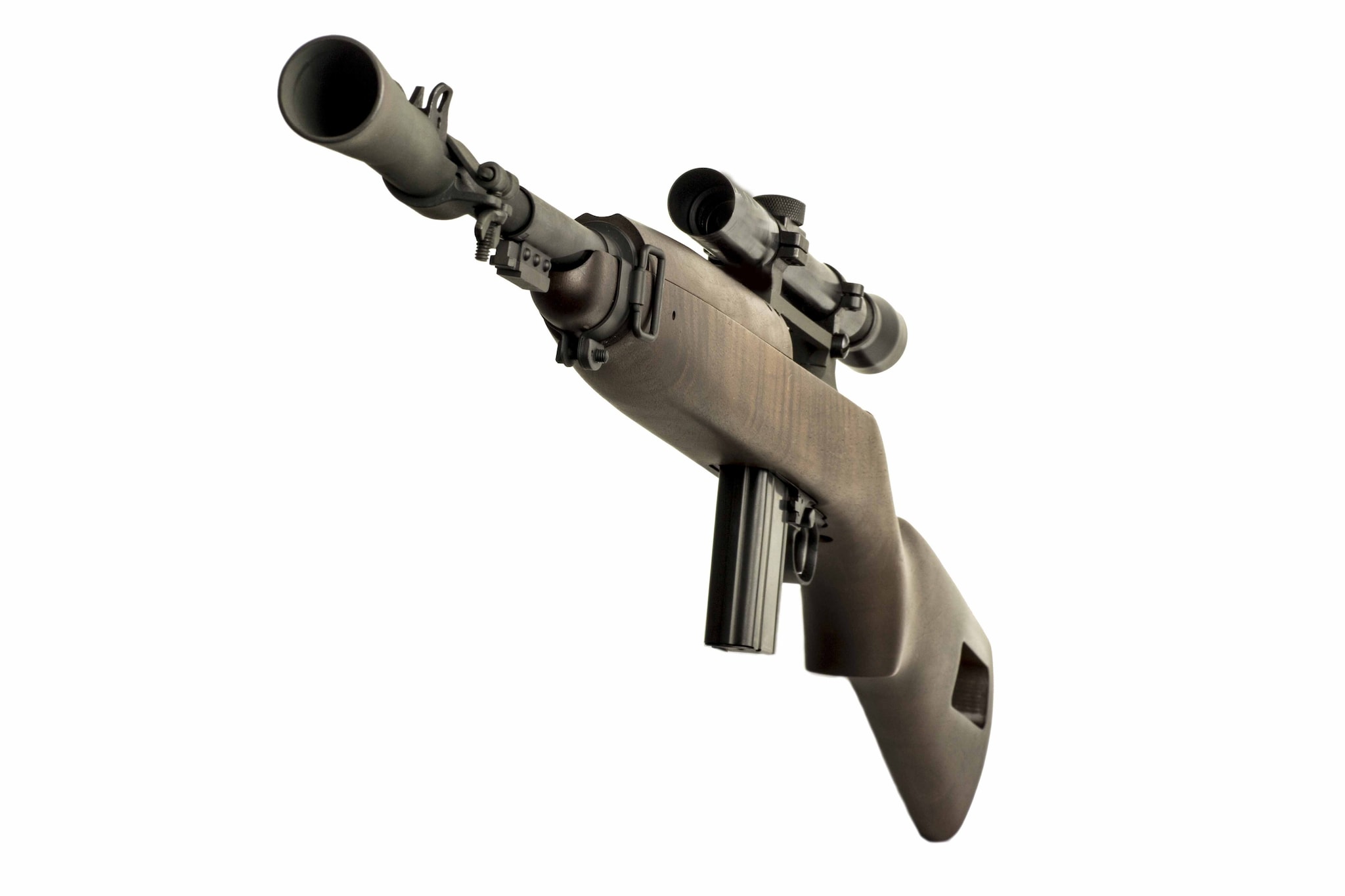