Intruder killed with his own gun during violent break-in 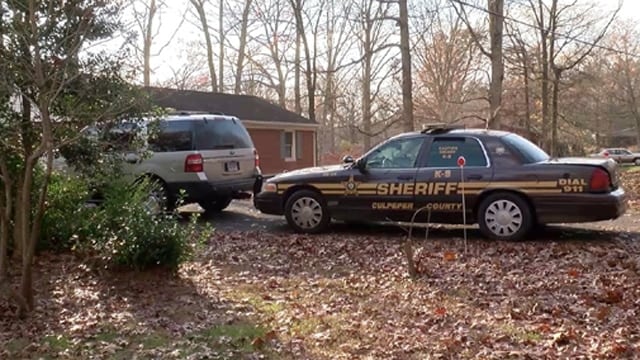 A homeowner in Culpeper, Virginia, turned the tables on an intruder Thursday night, when he wrestled the suspect’s gun from him.

The homeowner told police around 6 p.m. he heard a knock at the door from 18-year-old Amber Eley, who asked him for help with her car, which she claimed had broken down. The homeowner, who was there with his disabled adult son, refused to help the woman.

Then, about half an hour later, Eley returned, this time with 21-year-old Delonte Jones, who was armed with a handgun.

Jones forced his way into the home and struck the homeowner in the head numerous times. A struggle ensued between the two men, during which time the homeowner was able to gain control of Jones’ gun. Jones then retrieved a knife from the kitchen and when he came at the homeowner, the homeowner opened fire, striking Jones in the abdomen.

Eley and Jones then ran away, but Jones collapsed nearby. When officers arrived on the scene, Jones was transported to a hospital where he later died. Eley was apprehended and is facing attempted robbery, burglary and firearms charges.

But when authorities later reviewed surveillance video, they discovered another man and a woman, believed to be Eley and Jones’ accomplices, sitting in a vehicle parked near the home. Those two have not been identified.

The homeowner was injured but believed to be OK. No charges are expected to be filed against him.