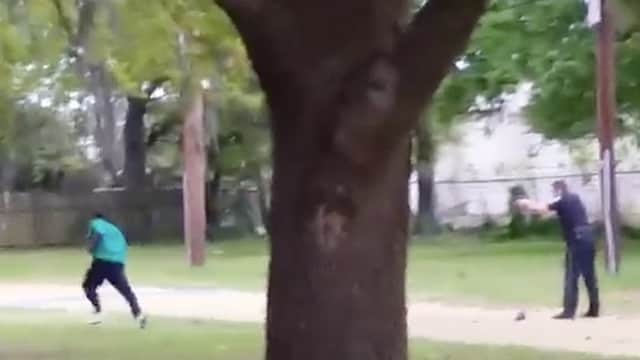 After more than 20 hours deliberating, a jury in South Carolina deadlocked Monday in the murder trial of a former South Carolina officer who shot and killed a man during a traffic stop.

Even on Friday, just two days into deliberations, jurors seemed destined for a deadlock. A juror sent a note to Judge Clifton Newman saying he couldn’t possibly consider a guilty verdict. But the jury asked to carry on, before breaking for the weekend. By Monday afternoon, not much had changed.

“We as the jury regret to inform the court that despite the best efforts of all members, we are unable to come to a unanimous decision,” said Clifton, reading a note from the jury Monday afternoon in court.

The jury was comprised of 11 white people and one black man. It’s unclear whether the juror who sent the note Friday was a lone holdout.

Prosecutors say they’ll seek another trial for Michael Slager, 35, who was recorded shooting Walter Scott several times in the back in April 2015. The shooting is one of several instances of white officers shooting unarmed black men, a narrative that continues to spark nationwide outrage.

On the witness stand, Slager said he had “total fear” and that he fired “until the threat was stopped.”

But prosecutors told a different story, saying Slager’s “first instinct after he cuffed the dead Walter Scott was to stage the scene,” a reference to a moment in the video where Slager could be seen picking up a taser and dropping it by Scott’s body.

A lawyer for the Scott family says this isn’t over. “He may have delayed justice, but he did not escape it,” said attorney Chris Stewart. Asked whether another jury will convict Slager, Stewart replied, “Of course. He dodged it by a hair, and he’s not dodging it again.”