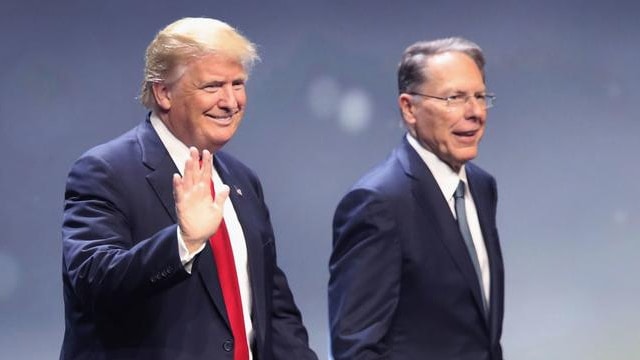 The Los Angeles Times editorial board says the Donald Trump backed, NRA push for nationwide concealed carry reciprocity is bad for public safety, calling it “absurd and dangerous” in a piece published Saturday.

Lawmakers have four bills drafted that would make concealed carry reciprocity a federal law allowing gun owners licensed to carry in one state, to be able to carry in any other state. The Times calls it an effort to “dismantle state and local gun-control laws,” driving nationwide concealed carry laws “to the lowest common denominator” by allowing people to get carry permits in states with less stringent training requirements, and then lawfully carrying in any other state.

“They could become law,” writes the editorial board. “That would be a disaster for public safety and a cynical usurpation of the long-standing right of states to determine their own gun laws.”

Supporters of reciprocity say such a measure is the ultimate embodiment of Americans’ Second Amendment right.

“The individual right to carry a firearm in defense of our lives and our families does not and should not end at any state line,” said NRA CEO Wayne LaPierre in a video after the Nov. 8 election.

But the Times refuted that point, saying, “all states follow similar standards for issuing driver’s licenses, and basic vehicle and traffic laws are largely standardized. That’s not so for gun laws, which vary widely by state, not to mention that county and city governments are allowed to enact their own restrictions based on local needs and preferences.”

“It would be ironic to see conservatives who long have professed a belief in states’ rights override states’ choices in this area,” said Erwin Chemerinsky, dean of the University of California Irvine School of Law, according to the Associated Press.

Chemerinsky says Congress likely doesn’t have the constitutional authority to order states to honor reciprocity, but could encourage compliance by threatening to withhold federal funding.

“Whether a federal reciprocity law could withstand a constitutional challenge will depend on its final wording,” reads the Times editorial. “But we can’t be confident the Supreme Court will continue to defer to the states. Reasonable minds in Congress need to head this off before the NRA and its legislative acolytes make American [sic] even more dangerous by undercutting reasonable gun controls.”