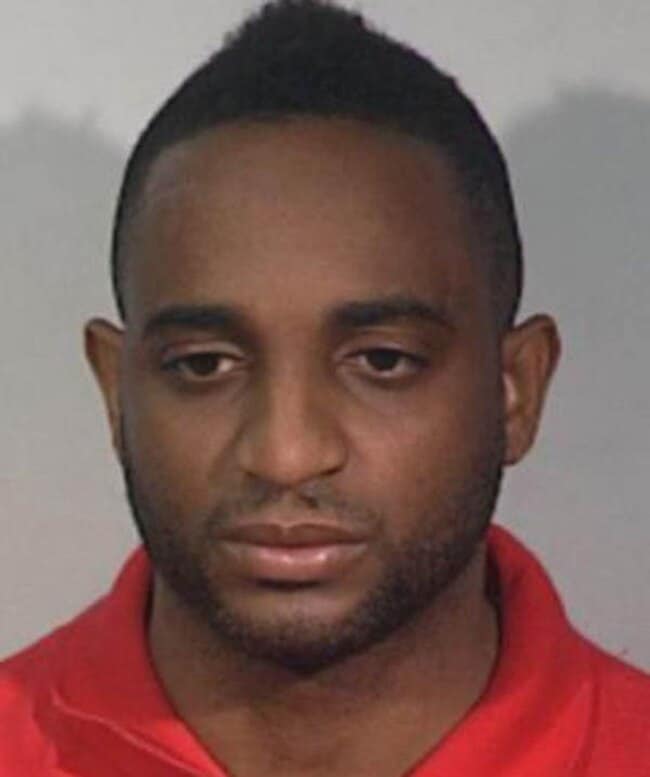 Marlon Jones was added to the FBI’s Ten Most Wanted list Thursday and captured on Friday. (Photo: FBI)

A man suspected of fatally shooting four people and wounding 10 more at an October birthday party in Los Angeles is now in police custody, captured just one day after he was placed on the FBI’s Ten Most Wanted list.

Marlon Jones, a Jamaican national and gang member who is believed to be in the United States illegally, was captured Friday following a chase on California’s 110 Freeway.

Jones, who goes under a slew of aliases, was found following a tip turned over to the FBI Fugitive Task Force. When Jones was placed on the Most Wanted list, the agency offered up a $100,000 reward for information leading to his capture. Authorities believed the reward could have been instrumental in his capture.

“Even for his associates involved in the narcotics business, $100,000 is still a lot of money,” said FBI Special Agent Scott Garriola in a statement.

Jones, who has a lengthy criminal history, is facing four counts of murder as well as federal charges for unlawful flight from prosecution. He is accused of being involved in a gun battle on Oct. 15 at Dilly’s Kitchen, a popular underground Jamaican restaurant run out of a home, during a birthday party. The gunfight left four dead and another 10 wounded.

“It appears Jones was part of an East Coast Jamaican criminal group involved in the illegal distribution of marijuana, and his crew was in Los Angeles trying to settle a dispute with a rival Jamaican crew,” Garriola said of the shooting.

Jones and another individual who opened fire at the party, fled from the scene before officers arrived. However, two Jamaican nationals were arrested on suspicion of murder after they showed up at area hospitals suffering from gunshot wounds.

Jones was the 510th person to be added to the Ten Most Wanted list since its beginning in 1950 and the 478th to be found or apprehended.