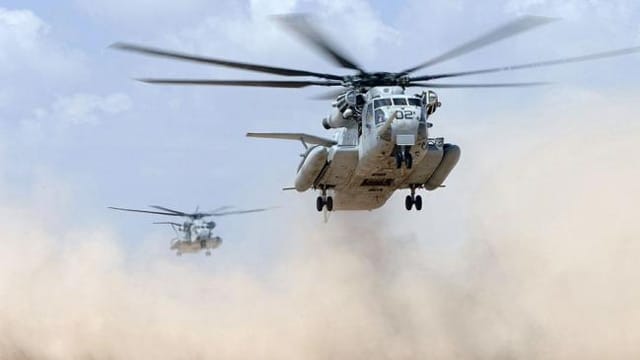 American defense companies continue to dominate the global arms industry despite a fifth straight year of decline, while Russian sales continue to boom — that’s according to new data released Monday.

The Stockholm International Peace Research Institute released its Top 100, a list of the largest arms-producing and military services companies in the world. Companies in the SIPRI Top 100 saw sales of more than $370 billion in 2015, but global sales have fallen for the fifth straight year. Still, 2015 saw only a slight dip in sales, which could mean a reversal of the downward sales trend, according to a press release from SIPRI.

“Lockheed Martin remains the largest arms producer in the world,” said Aude Fleurant, director of SIPRI’s Arms and Military Expenditure Programme. “However, US companies’ arms sales are constrained by caps on US military spending, delays in deliveries of major weapon systems and the strength of the US dollar, which has negatively affected export sales.”

A military modernization program launched by Russian President Vladimir Putin is helping the arms companies in that country. “The combined arms sales of the 11 Russian companies in the 2015 Top 100 reached $30.1 billion, representing 8.1% of the total Top 100 arms sales for 2015 and an increase of 6.2% compared with 2014,” reads the SIPRI release. Of those 11 companies, ten of them saw an increase in sales in 2015.