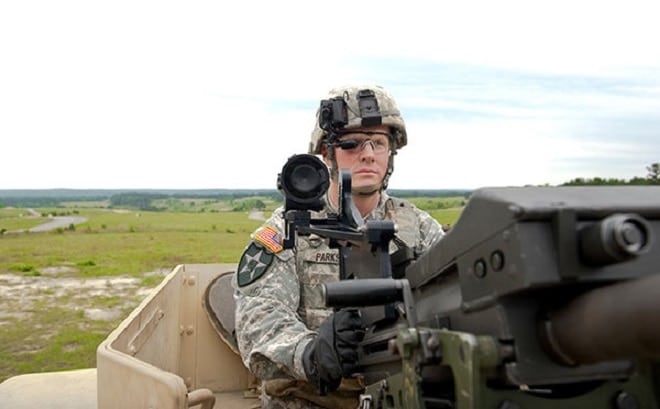 The Family of Weapon Sights-Crew Served (FWS-CS) program will link a variety of mounted guns and grenade launchers to the soldier’s helmet display. (Photos: U.S. Army)

The U.S. Army is moving forward with plans to feed the sights for the M2 .50 cal, MK19 grenade launcher and M240 machine gun to a thermal display mounted on a soldier’s helmet.

BAE Systems, who have been working on the project since 2014, was awarded a seven-year $384 million contract in November to provide sights to machine gunners that operate during daylight, darkness, adverse weather, and obscured visibility conditions, as noted by a release from the company.

Part of the Army’s Family of Weapon Sights-Crew Served (FWS-CS) program, the system uses a weapon mounted long-wave infrared sensor that is bore-sighted to the gun itself. The sight is linked to a wireless helmet-mounted display (HMD) which provides the gunner with an adjusted reticle based on laser range finder information without having to the soldier physically sight down the gun’s barrel to align with the target. 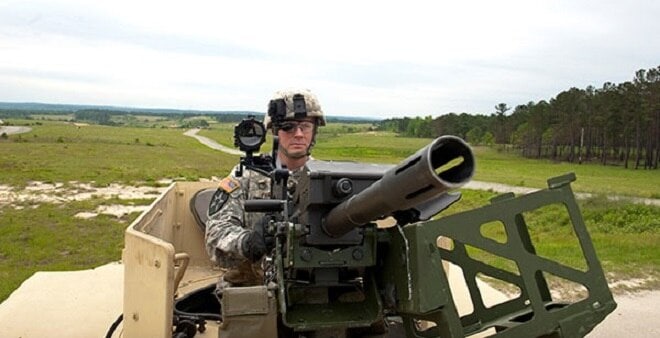 The FWS systems use uncooled, forward-looking infrared technology that provide a 12-micron thermal day/night capability to the soldier using the sight that can see through smoke and haze and engage targets at extended distances well beyond what is common today. 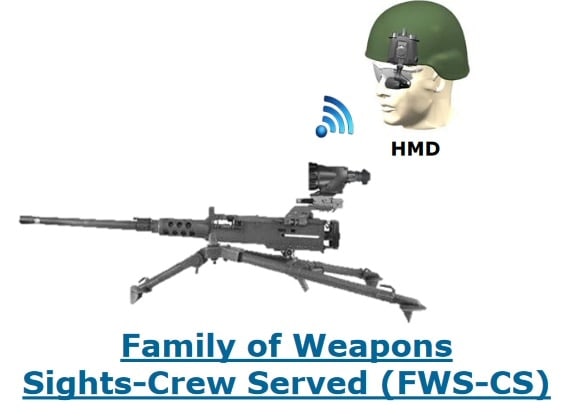 “Our innovative 12-micron sensor technology allows us to provide soldiers with superior clarity and range to dominate the battlefield through increased situational awareness in all operational environments and conditions,” said Marc Casseres, director of Imaging and Aiming Solutions at BAE Systems.

Work will be performed at BAE’s facilities in Hudson, New Hampshire and Austin, Texas.