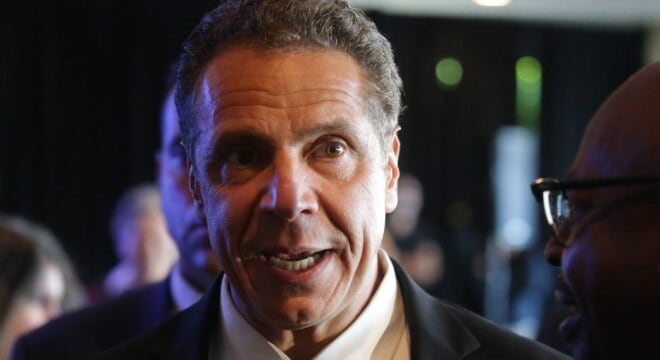 Gov. Andrew M. Cuomo was named, among other state officials, in a federal lawsuit this week over New York’s ban on stun guns and Tasers. (Photo: The Buffalo News)

A small town mayor in New York on Tuesday filed a federal lawsuit against the Empire State’s ban on stun guns contending they are protected arms under the Second Amendment.

Middleburgh, New York Mayor Matthew Avitabile wants to buy and own a Taser for self-defense. However, New York has a ban on possessing a stun gun or a Taser, making the devices unlawful to the state’s nearly 20 million residents except for police use.

“The Second Amendment absolutely protects the right of law-abiding people to buy and possess all arms in common use for self-defense, like Tasers,” said Brandon Combs, president of the Coalition and chair of the Foundation, in a statement emailed to Guns.com. “We are more than happy to remind New York that the right to keep and bear arms prevails over paternalistic and unconstitutional statutes like theirs.”

Under New York law, simply having a stun gun or Taser is a misdemeanor offense of Criminal Possession of a Weapon in the Fourth Degree (CPW4), punishable by up to a year in jail.

Attorneys for Avitabile argue that, going back to the 1939 Miller case, and more recently Heller in 2008 and the Supreme Court’s treatment of the Caetano case this year laid the framework for the challenge.

Avitabile is represented in the case by Stephen Stamboulieh and Alan Beck, who have similar cases pending against New Jersey and the City of New Orleans. The New Jersey Attorney General last month has signaled his state’s prohibition is unconstitutional.

“We are pleased to be working to vindicate Mr. Avitabile’s Second Amendment civil rights and hope to expand the right to keep and bear arms for all law-abiding New York residents through this lawsuit,” Stamboulieh told Guns.com.

Stun gun possession remains illegal in Hawaii and Rhode Island as well as the cities of Baltimore, Philadelphia and Tacoma, Washington, among other places. In September, Washington D.C. agreed to lift its prohibition on civilian ownership of Tasers as part of a lawsuit filed in federal court.