No charges for woman who fatally shot ex during attack 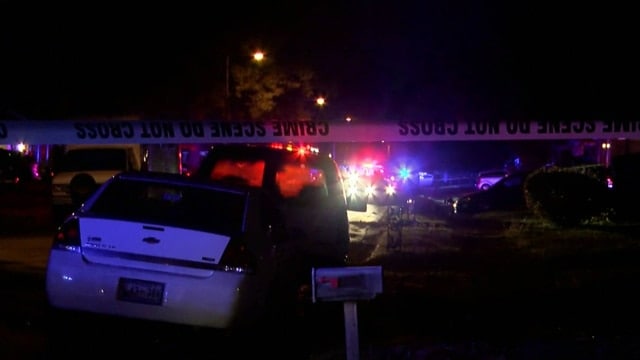 Authorities say out of the city’s 205 homicides this year, nearly 30 are domestic-related. (Photo: WMC 5)

The Shelby County District Attorney said on Saturday charges will not be filed against a Memphis woman who shot and killed the father of her children during a domestic dispute last week.

Authorities said the man, whose name has not been released, came to the woman’s home in the Parkway Village area around 8:30 p.m. to visit with the couple’s children. But during the visit, the man became involved in an altercation with the woman and her sister.

The dispute soon turned physical when the man began to choke the woman’s sister, so the woman retrieved a weapon and shot the man.

Law enforcement were called to the scene and the man was transported to a local hospital where he later died. Both women were taken to the hospital to be treated for non life-threatening injuries.

After a review of the case, the District Attorney determined that the woman acted in self-defense, the shooting was justified, and no charges were warranted.

The family did not wish to comment on the incident, but most neighbors agreed that the woman acted appropriately considering the circumstances.

“If it was me I would’ve done the same thing,” said neighbor Elizabeth Barrett, who was home with her young cousins when the shooting occurred.

“He put his hands on a woman, two women at that. So, he deserved what he got,” neighbor Jenora Hankins told reporters.

Another neighbor, who did not wish to be identified, agreed that the shooting was done in self-defense.

“You’re attacking and she’s going to shoot, because she got a right to shoot,” the anonymous neighbor said.

Two other neighbors, who did not want to be identified, said the area is normally quiet and the woman involved in the shooting has always been friendly to them. They were shocked to hear about the incident.

“Nothing like this has ever happened before,” one neighbor said.

“We’re very worried about this because we never see that happen in this neighborhood,” the other neighbor added.

Both said even though the woman’s actions may have been necessary to protect herself and her sister, the incident still has them on edge.