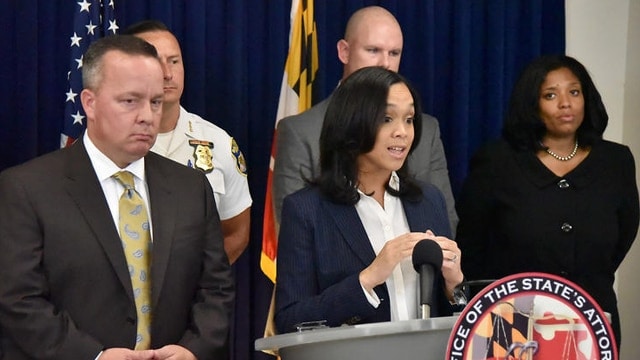 Officials in Baltimore launched a “Gun Violence Enforcement Division” this week, a unit of “elite” prosecutors and police who will work together to make sure gun convictions stick – something the city’s been struggling with.

The special division was announced in September, and will include a chief, team captain and 11 prosecutors from Baltimore State’s Attorney Marilyn J. Mosby’s office. There will also be a sergeant and five detectives from the Baltimore Police Department.

“The sole responsibility of this new unit is to ensure the aggravation [sic] of intelligence that’s extracted from criminal strategy is used not only to apprehend and charge, but to convict in this city,” Mosby said at a press conference in September, according to WBAL-TV.

Baltimore has seen nearly 300 homicides in 2016. The Baltimore Sun notes that two recent murders have been carried out by people who’d been released from jail after charges against them in previous violent crimes were dropped.

“Commissioner Davis and I are devoting major resources and man power to this unit in an effort to strengthen cases at the investigative stage and ultimately take the strongest case possible to court,” said Mosby. “We understand that getting this right is literally a matter of life and death.”

This week, the unit is learning about the “characteristics of an armed person” in an effort to help prosecutors at trial.

“Understanding the characteristics of an armed person helps prosecutors with witness development before trial and testimony during trial,” Mosby’s office said in a statement. “Also, it helps them to understand what arresting officers witnessed and are trying to communicate in their statements of probable cause.”

Mosby says similar units have existed before, but noted this one is different because it takes “a more individualized approach and focus on the offenses committed by violent gun offenders rather than merely the gun-related offense.”