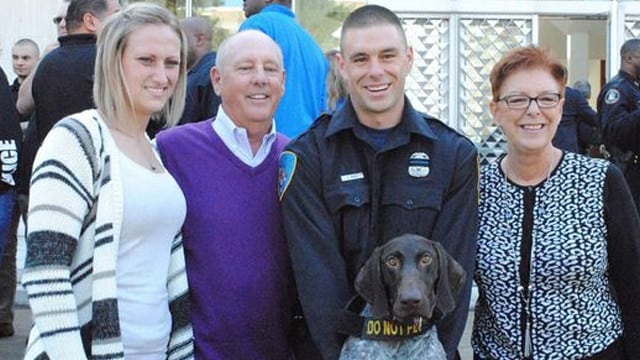 A prosecutor in Michigan is dropping all charges against a man arrested for the killing of a police officer in Detroit last month.

Wayne County Prosecutor Kym Worthy says DeAngelo Davis, 31, is not the man who shot and killed Wayne State University Police Officer Collin Rose on Nov. 22. “He is no longer a suspect at this time,” Worthy said at a press conference that lasted less than four minutes.

Davis is expected to be released from jail Wednesday, and Worthy says police are working around the clock to find the person who killed Rose.

Rose was shot around 6:35 p.m. on Nov. 22 and died a day later. After an hours-long manhunt, police arrested Davis, saying at the time that he was the bicyclist Rose stopped to investigate when he was shot.

Wayne State University Police Chief Anthony Holt says a weapon still hasn’t been recovered in the case. A statement released Wednesday says police still believe Rose was talking to someone on a bicycle when he was shot.

Rose had been on the force for five years and was beloved by those that knew him.

Bailey Williams told WXYZ she met Rose a few weeks before his death. “He had got out the car, we were scared,” she said. “And he was like, ‘let’s race.’ He had the biggest smile on his face. He was really nice to us.”