Former NSA director: 'maybe...some people out there shouldn't be able to buy any guns' 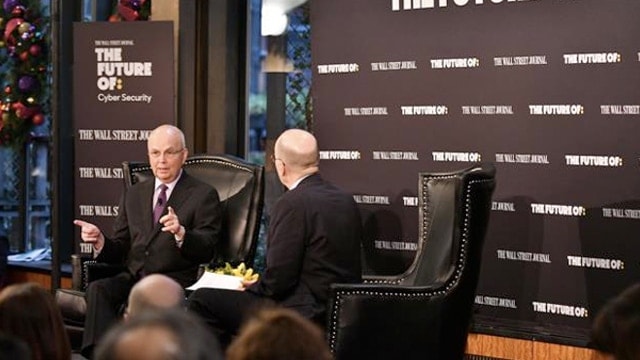 Former NSA Director Michael Hayden says, from a counterterrorism standpoint, limiting who can buy what guns might be a strategy worth looking at.

Speaking at a Wall Street Journal “Future of Cybersecurity” breakfast in New York on Wednesday, Hayden started talking about tools the government can use to try to catch people, like the Pulse nightclub shooter in Orlando earlier this year, before they act.

“We could probably do more things that’ll squeeze your privacy a bit, to give us a marginally higher probability that we could have caught the Orlando guy prior to the attack,” said Hayden. But, he said, “there’s not much more left…that’s gonna buy you a lot more prediction, given the kinds of attacks,” like Orlando, which seem like “spontaneous combustion.”

Since security officials have hit a wall in terms of the Fourth Amendment, Hayden said maybe it’s time to look at the Second Amendment.

“Why don’t we begin to wonder about making the guy less efficient when he actually conducts the event, that I told you, I’m not probably going to get much more capable of detecting in the first place,” said Hayden, who also was the director of the CIA. “Maybe the counterterrorism discussion is about, some people out there shouldn’t be able to buy any guns, and there might be some guns out there that nobody should be able to buy.”

Hayden was speaking with the Wall Street Journal’s John Bussey and made the comments within the context of a talk he gave before a conservative audience who told him “you shoulda known” about the Orlando shooter and “you gotta get more aggressive.”

In the wake of the Orlando massacre, which left 49 people dead and dozens more injured, there was a call for Congress to pass a so-called no fly/no buy bill that would prevent people on the No-Fly list from purchasing a firearm. While Hayden didn’t specifically mention that bill, his comments align with the intent behind that measure, which eventually failed to pass.

In September, then candidate Donald Trump said he supported such a measure. “We have to look very strongly at no-fly lists. … I tend to agree with that,” he said at the first presidential debate in September.

For Awr Hawkins, a writer at Breitbart News, the solution to preventing massacres is simple.

“Here is a novel idea for Hayden: lock up the criminals and deport or imprison the terrorists. It is they who are evil, not the guns that they sometimes use to kill people,” wrote Hawkins. “Disarming law-abiding Americans would only make it easier for criminals and terrorists to gain success by weaponizing rudimentary things.”