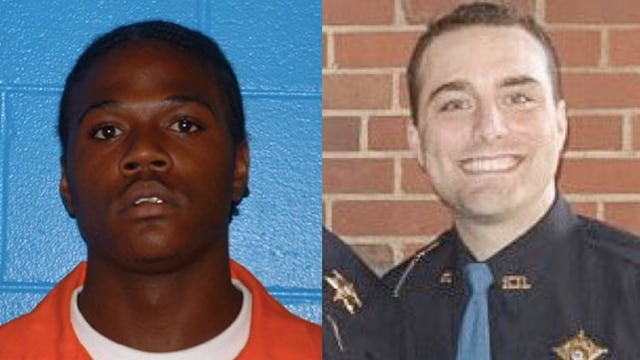 Police are looking for a man in Georgia who they say shot at two police officers, killing one and critically injuring the other.

It happened just after 9:30 a.m. Wednesday in Americus, near the campus of Georgia Southwestern University, triggering a lockdown at that school. A manhunt is underway for Minquell Kennedy Lembrick, a 32-year-old man who is considered armed and dangerous.

“There are no words to express the pain and sorrow,” Americus Police Chief Mark Scott said, according to Fox News.

WSB-TV in Atlanta is reporting that Americus Police Officer Nicholas Smarr is the officer killed Wednesday.

Officials are offering a $20,000 reward for information that leads to the arrest of Lembrick.

Americus is a town of about 17,000 people and is located about 75 miles southwest of Macon.