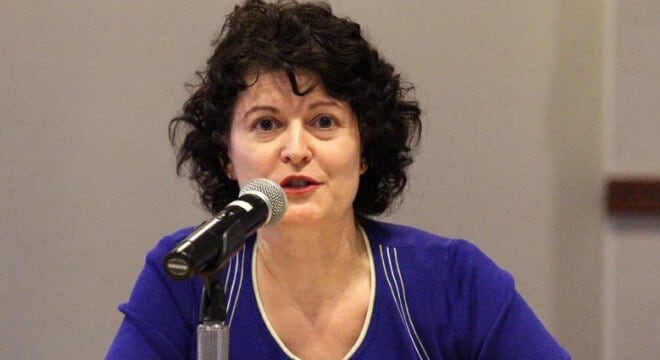 A Northern Virginia lawmaker would like to study the feasibility and costs of establishing a firearm registration program for firearms bought in the Commonwealth.

The proposal, in the form of a Senate resolution prefiled last month for the 2017 session, would direct the Virginia State Crime Commission to research the viability of a registration scheme similar to that in Washington, D.C. and other areas, but would not obligate the state to adopt one.

“I think it’s a good practice for law enforcement officials to know where firearms are throughout their communities,” said sponsor, Sen. Barbara Favola, D-Arlington, who added that a registry, if adopted, would not effect an individual’s ability to buy a firearm.

“All we’re saying is if you purchase a firearm we would like that firearm registered with law enforcement,” she said.

Her proposal, SJ 229, would authorize the Commission to work with the Virginia State Police to determine if a firearm registration program would reduce firearm-related deaths and injuries in the Commonwealth, and estimate the costs of establishing such an initiative. The resolution sites that Virginia’s 2014 rate of gun-related deaths was higher than the national average and that the six states that have some form of registration scheme had lower rates.

Favola has been outspoken when it comes to gun politics this year. In June, following the terror attack at the Orlando Pulse nightclub, Favola joined protesters outside of the National Rifle Association’s headquarters in Fairfax and called to ban AR-15 style rifles while strengthening background checks in Virginia.

Before election to the state Senate, Favola served on the Arlington County Board for over a decade and was one of seven elected officials earlier this year who penned a letter to an area property manager urging him to reconsider the lease of the only gun store in the city. This resulted in a lawsuit from store owners seeking more than $2 million in damages.

Garnering support for her registration study in the Republican-controlled Senate is unlikely. “My guess is that there will not be a single Republican who will vote for this bill,” said Sen. Richard Black, R-Loudoun. “The whole purpose of [the study] is to pave the way for the confiscation of firearms from law abiding citizens.”

The measure has been referred to Committee on Rules.