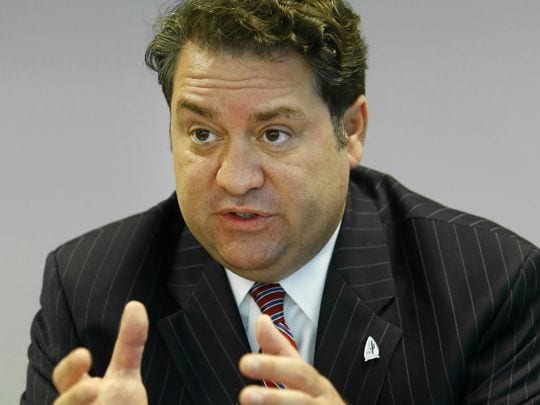 Fighting against a gun law he calls illegal, Attorney General Mark Brnovich asked the Arizona Supreme Court to weigh in on whether Tucson is violating state law by destroying seized firearms.

The move came after the Tucson City Council refused to permanently end destruction of confiscated firearms.

The fight boils down to a 2005 ordinance which states that the Tucson police department, after seizing a handgun or semi-automatic firearm, “shall dispose of such firearm by destroying the firearm.”

There are provisions in which the weapon may not be destroyed such as if the firearm is needed for evidence or if the department intends to keep a gun for its own purpose, transfer it to another agency or lend it to a museum.

The city has illegally destroyed over 4,820 firearms since the beginning of 2013, according to Brnovich’s complaint.

The Tucson City Council voted 7-0 to reject the AG’s demand that it repeal the 2005 ordinance. However, the council did vote to temporarily stop destruction of guns while the city fights the state over decision making power. The council and other local officials maintain that cities have the right to supersede state law when it comes to firearms disposal.

In addition to asking the state’s high court to evaluate whether the city can overrule the state, Brnovich also asked the Supreme Court to cut the city’s access to state funds.

The decision to tackle the city comes after a new state law gives Brnovich the power to pressure cities to amend policies he views as contradicting Arizona lawmakers. That law also requires the city to pony up a bond equal to half of its annual state aid if it wants to challenge the attorney general in court.

Mayor Jonathan Rothschild said the multimillion-dollar filing fee to access the courts is unprecedented and unconstitutional, but the city intends to fight even if that means pursuing other legal options.

“In my practice of law, in which I did for a little while, what I learned was you take it one day at a time,” Rothschild told local reporters. “I am confident in our position, but if a court gives us guidance else-wise we will find the tools to deal with it.”

Other council members weren’t as optimistic. Speaking to Tucson.com, Councilman Steve Kozachik said that options will diminish if a judge doesn’t waive the hefty bond. “We don’t have that kind of cash,” he said.

The Arizona Supreme Court granted expedited consideration on the complaint and will hold a motions session Jan. 10 to determine whether it will hear the case.