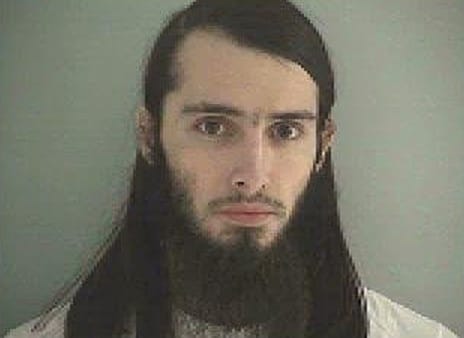 Federal authorities sentenced a Cincinnati man to 30 years in prison Monday for plotting an attack at the U.S. Capitol Building during 2015’s State of the Union Address.

Court documents show Christopher Lee Cornell planned to detonate pipe bombs and gun down employees of the building in support of the Islamic State of Iraq and Syria, or ISIS.

The FBI first made contact with Cornell in the fall of 2014 through a confidential informant seeking leniency in an unrelated criminal case. The informant told investigators Cornell used the alias Raheel Mahrus Ubaydah on Twitter, where he frequently posted videos and messages in support of ISIS and “violent jihad.”

The informant forged a friendship with Cornell through social media, where Cornell allegedly told the informant he believed “that we should just wage jihad under our own orders and plan attacks and everything.”

“I believe we should meet up and make our own group in alliance with the Islamic State here and plan operations ourselves,” Cornell said in an Aug. 29, 2014 instant message.

The two met three times between September 2014 and January 2015, during which Cornell showed the informant his extensive research into pipe bombs, government buildings suitable for attack, security protocols, and even nearby gun stores.

After their final meeting on Jan. 14, 2015, Cornell bought an M-15 and 600 rounds of ammunition. Court documents state he planned to travel to Washington, D.C. within a few days for the attack, but law enforcement arrested him later that same day.

“The seriousness of this crime is apparent,” said Benjamin C. Glassman, U.S. Attorney for the Southern District of Ohio, in a statement.

“Cornell plotted to commit violence as a symbolic attack on the United States as a whole. An attempt to murder another individual is horrific enough and justifies a significant sentence,” he said. “But this was more than that. Cornell wanted to inflict pain on the spirit of the entire country and terrorize its leadership. Today’s sentence appropriately holds him accountable for that.”