Levi Strauss Asks People Not to Carry in Their Stores 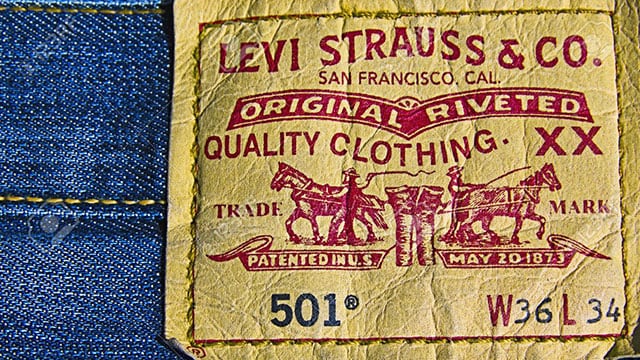 Chip Bergh, CEO of Levi Strauss & Company, has written an open letter customers, asking them not to bring firearms with them when visiting the company’s stores.  This letter is presented as a request instead of a mandate, which effectively means that it will be of even less consequence than legally enforced gun-free zones.

The open letter is everything I’ve come to expect from corporate types, unwilling to commit to much of anything, while trying to please everyone.  Communications like this have all the appeal of Muzak, intended to be inoffensive enough to offend all of us equally.

Though in this case, not quite.  The letter includes the statement that “authorized members of law enforcement are an exception.”

Cops are always named by gun control advocates as people who are worthy of carrying firearms, though incidents of lethal force by the police may not be what they have in mind.  And perhaps Bergh is unaware that carry license holders have a better record of following the law than police do.  In Florida, for example, the state that started the wave of shall-issue carry licensing over the last three decades, ordinary citizens who carry legally commit homicides at one third the rate of law enforcement officers.  And the data from Texas show that carry license holders who commit crimes of all types constitute one percent or even significantly less than that of total licensees.

Bergh also cites the incidents of terrorism in Paris and Nice, saying that he’s thought more about security in the last year than in the previous thirty of his career.  That’s an interesting admission, one that indicates that he needs to do some more thinking on the subject.

France’s gun laws would add legal force to Bergh’s request, since carry in public is restricted to the special few and the types of guns French people are allowed to own is heavily regulated.  And yet the Paris attacks happened.  The Nice attack was primarily done with a truck.  Unless Levi Strauss stores have barriers out front, a request not to drive into the showroom will be as effective as the one not to carry—anyone determined to attack shoppers will be deterred not the slightest by the request.

But there’s another matter that was pointed out to me on Twitter today.  Since one common method of concealed carry is to put the handgun inside the waistband of our pants, buying pants that provide enough room for ourselves and our handguns is something that we have to take into consideration.

If Levi Strauss wants me to purchase their products—without having to return them again and again before I find a pair that does what I expect—telling me that I can’t bring with me everything that will be on board while I’m wearing them is a bad idea.

Naturally, gun control advocates are pleased with Bergh’s decision.  In a message to Guns.com, Shannon Watts said that “this is common sense: No one should have to worry about their safety when shopping for jeans.”  I have a hard time believing that she actually worries at all about guns, beyond how much she can earn fighting to violate gun rights, but as the evidence shows, if she’s concerned about those of us who carry legally, her worries are misplaced.

And if she or Bergh believe that a mere request that guns not be brought to the stores will keep anyone safe, they’re living in fantasy.