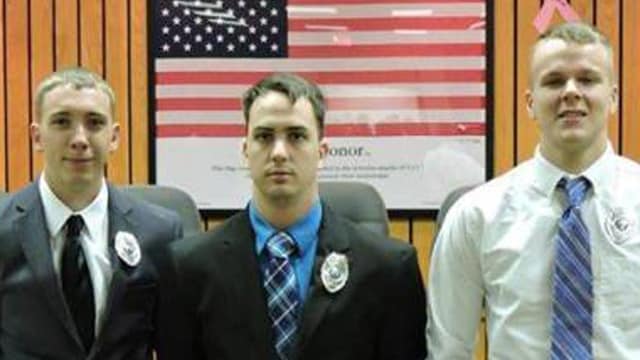 Instead of opening fire on a man with a gun, 25-year-old Stephen Mader relied on his military training and talked to him, a move he says cost him his job.

In the early morning hours of May 6, Mader, a former Marine and police officer in Weirton, West Virginia, encountered a drunk Ronald Williams just before 3 a.m. Williams’ girlfriend told dispatchers that he had a gun, but it didn’t have a magazine in it, and he was trying to commit “suicide by cop.” Mader didn’t know that at the time, but he’d figure it out.

Williams had his hands behind his back when Mader arrived. “And I say, ‘Show me your hands,’ and he’s like, ‘Naw, I can’t do that,'” Mader told NPR. “I said, ‘Show me your f-ing hands.’

Eventually, Williams put his hands at his side. That’s when Mader saw the silver pistol in his right hand. He drew his weapon and told Williams to drop it.

That’s when Williams started to flick his wrist to try to get Mader to react. But he didn’t.

“I knew it was a ‘suicide by cop’ situation,” Mader told the Pittsburgh Post-Gazette.

While police are trained in de-escalation, Mader said he was relying on rules of engagement training from the military that night.

“Before you go to Afghanistan, they give you training,” he said. “You need to be able to kind of read people. Not everybody over there is a bad guy, but they all dress the same. That’s kind of what the situation was that night.”

Mader wasn’t ready to shoot a man who was holding a gun, especially since it wasn’t pointed at him. But moments later, backup arrived. That’s when Williams started waving the pistol, and another officer shot him, killing him.

Mader said he thinks the other officer was justified in shooting, because he feared for his life. But he wishes he’d have had more time to talk to Williams, so that maybe he could have survived.

A few days after the incident, Police Chief Rob Alexander told Mader he was being fired for putting other officers’ lives in danger. City Manager Travis Blosser said other things contributed to the firing – “illegal searches in a vehicle…the use of profanity with citizens and then also contaminating a crime scene of a potential homicide investigation.”