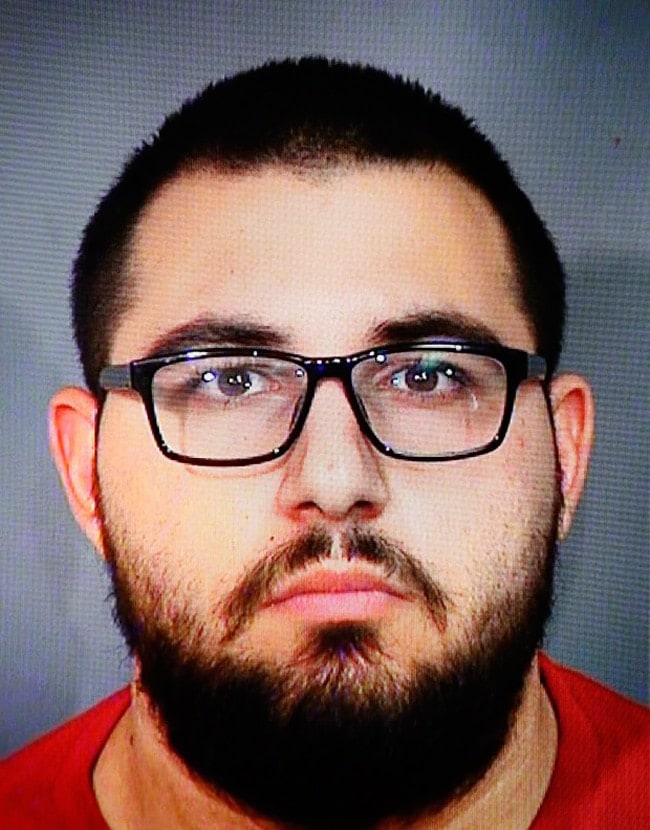 A Las Vegas smoke shop clerk has been charged with murder for the shooting death of a masked teen who, along with two others, tried to rob the store.

Raad Sunna, 24, was arrested and charged on Monday for one count of open murder after investigators determined the unarmed teens posed no threat, Las Vegas police said in a statement.

On Dec. 2, Sunna opened fire on the teens who had their faces covered as they ran inside the Lucky Cigars and Smokes shop with the intent to steal items off the shelves. He hit one suspect — 13-year-old Fabriccio Patti — multiple times while the other two ran away when they heard gunshots. Sunna called the police along with others in the area.

Officers arrived to find both Sunna and an injured Patti inside the store, and the other teens — ages 14 and 15 — at a nearby fast food restaurant. They were taken into custody without incident and charged with attempted robbery, conspiracy to commit robbery, and burglary, though the charges will likely be downgraded to theft or property crime. Patti was transported to the hospital where he was pronounced dead shortly after arriving.

Initially, authorities did not arrest Sunna, as it appeared he may have acted in self-defense, but a review of surveillance video determined that the suspects – though committing a crime at the time – did not pose an imminent threat.

Las Vegas Police Lt. Dan McGrath told reporters the teens were “not even close” to Sunna as they tried to rob the store. From behind the cash register, Sunna fired eight or nine times. “He’s a kid,” McGrath said of the boy’s death. “It’s really, really shocking to us.”